Nikol Pashinyan: “Making Real Changes for the Sake of Humans, the State and the Church Has Been My Mission” 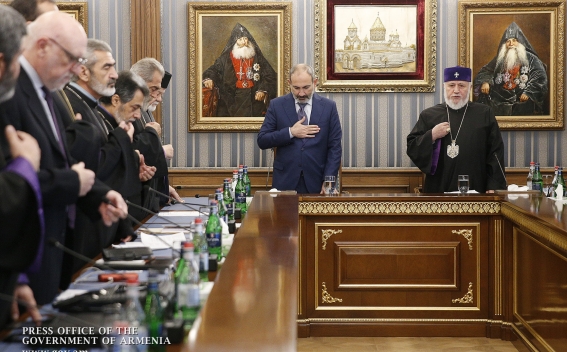 Prime Minister Nikol Pashinyan today visited the Mother See of Holy Etchmiadzin and met with participants in the annual meeting of the Supreme Spiritual Council.

Supreme Patriarch and Catholicos of All Armenians, His Holiness Karekin II thanked the Prime Minister for visiting the Mother See of Holy Etchmiadzin and meeting with Supreme Spiritual Council members. The Catholicos introduced the agenda to be discussed at the meeting.

I am glad for today’s meeting. Meetings like this are important indeed. On the whole, as the Patriarch noted, discussions related to State-Church relations are extremely important, especially in the new situation and environment that we have in the Republic of Armenia today. These conditions and relationships have many nuances, and I hope we will have the opportunity to touch on all nuances today.

To my mind, the State-Church relations imply not only and not so much material concerns, however essential they might seem, but first of all a discussion of spiritual life, spiritual values and spiritual atmosphere in the country.

In general, when I think about the atmosphere in our country, I come to the conclusion that unfortunately (I do not want to mention a specific period), the general trend is the denial of spirituality. I do not mean this as a service, I do not mean in terms of position, status, I mean, first of all, the perception in public relations, that is, the relations between the elite and the public at large, the relations of any two citizens, as a whole.

In general, I should admit that when a political team or a person comes to power or wins a leadership position, they usually, at least historically, think of how to keep that status for as long as possible or privatize it, if possible. I want to clearly emphasize that throughout all my life I believed that my mission was to bring about real changes, such changes as might serve the people, the country, our statehood, our church, because the spiritual values and spiritual life are very important to me, and I have said many times that I consider them an integral part of my political activity and life.

I generally believe that political activity would not mean so much to me if it were not for that very important component. And I want to say (this is my subjective perception and I will not insist on it, and this is the most correct or most justified or perhaps the most pragmatic perception, but this is my perception) that we should look at our life through this prism, because I represent modern civilized relations in the form of a circle divided into certain spectra and parts, where there are various components: the material component, the spiritual component, the political component, the system of values and the legal component.

Their harmonious combination leads to a competitive state and society. Also, I want to say that it is from the awareness of this mission that I understand that we must be prepared for a direct, outspoken, sincere conversation with the public at large, the Church, the citizens and all political forces. We must realize why this conversation is being held, namely to deal with a crisis or prevent a crisis where there is no crisis.

I believe that we face a crisis in all areas in the Republic of Armenia, since if there had not been a crisis, the events that occurred in the Republic of Armenia would simply not have happened. This is evidenced by the fact that hundreds of thousands of citizens of the Republic of Armenia and hundreds of thousands of our compatriots in the Diaspora, ranging from schoolchildren to elderly people, expressed a very clear position. I would not state that the crisis has been tackled completely over the past one and a half years, but one of its key components has definitely been resolved. I mean the crisis of confidence.

This is a good basis for us to move forward and address the other problems mediating a constructive approach, mutual respect, direct dialogue and discussion. At least, this is how I see the relations between the State and the Church.

While I cannot say that we have reached such a level of dialogue to assume that everything is perfect, but it seems to be obvious that we are not just standing still. We have discussed and taken specific steps, and I am glad to state that we can succeed. This is an important indicator of sound and healthy approaches.

During the meeting, which went off in an atmosphere of outspokenness and sincerity, a number of issues were discussed concerning the State-Church relations, the challenges facing our statehood and our people, the problems and the possibilities for tackling them in terms of preserving our historical and cultural heritage. Reference was made to a number of high-profile topics discussed in society. 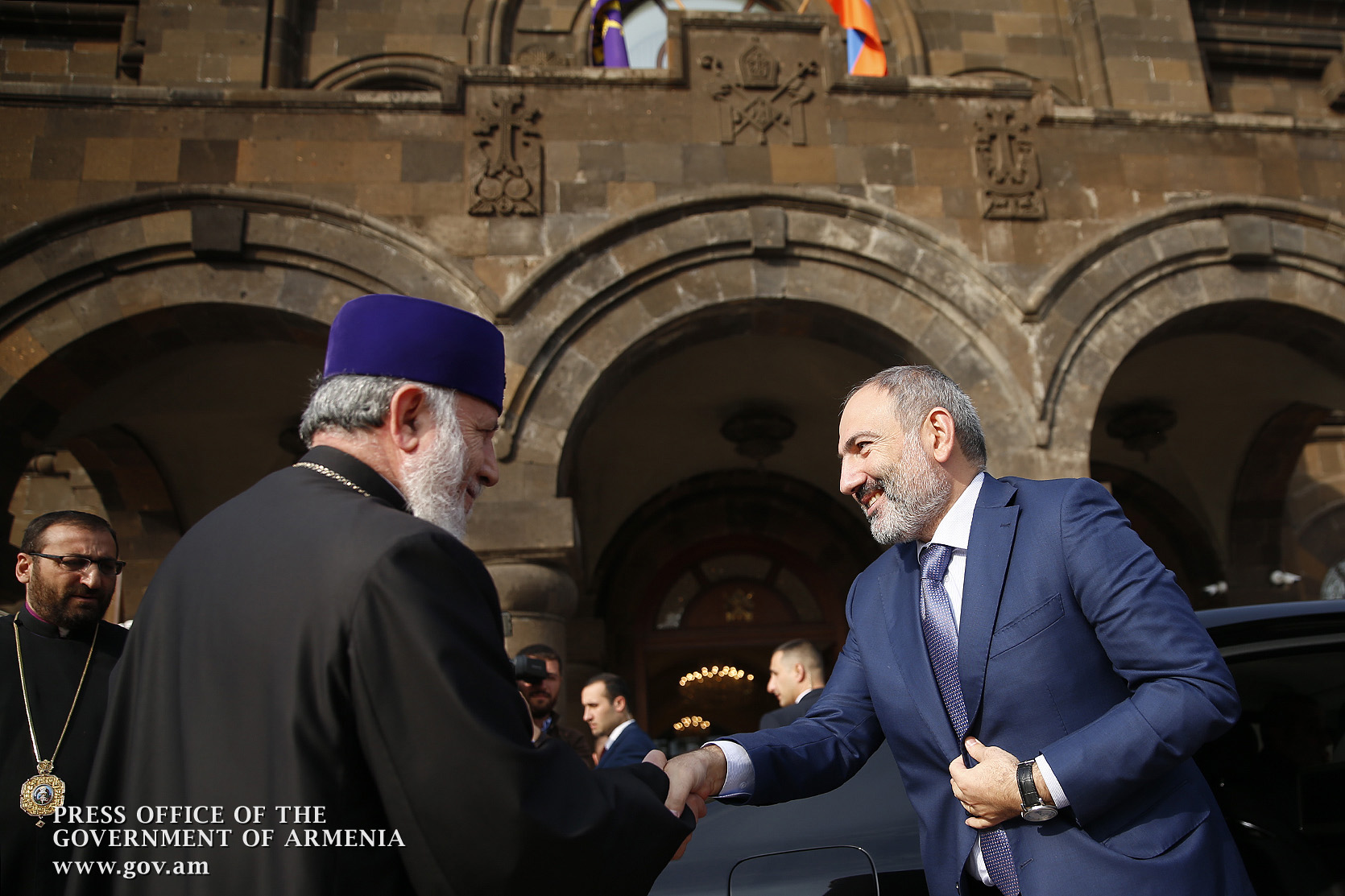 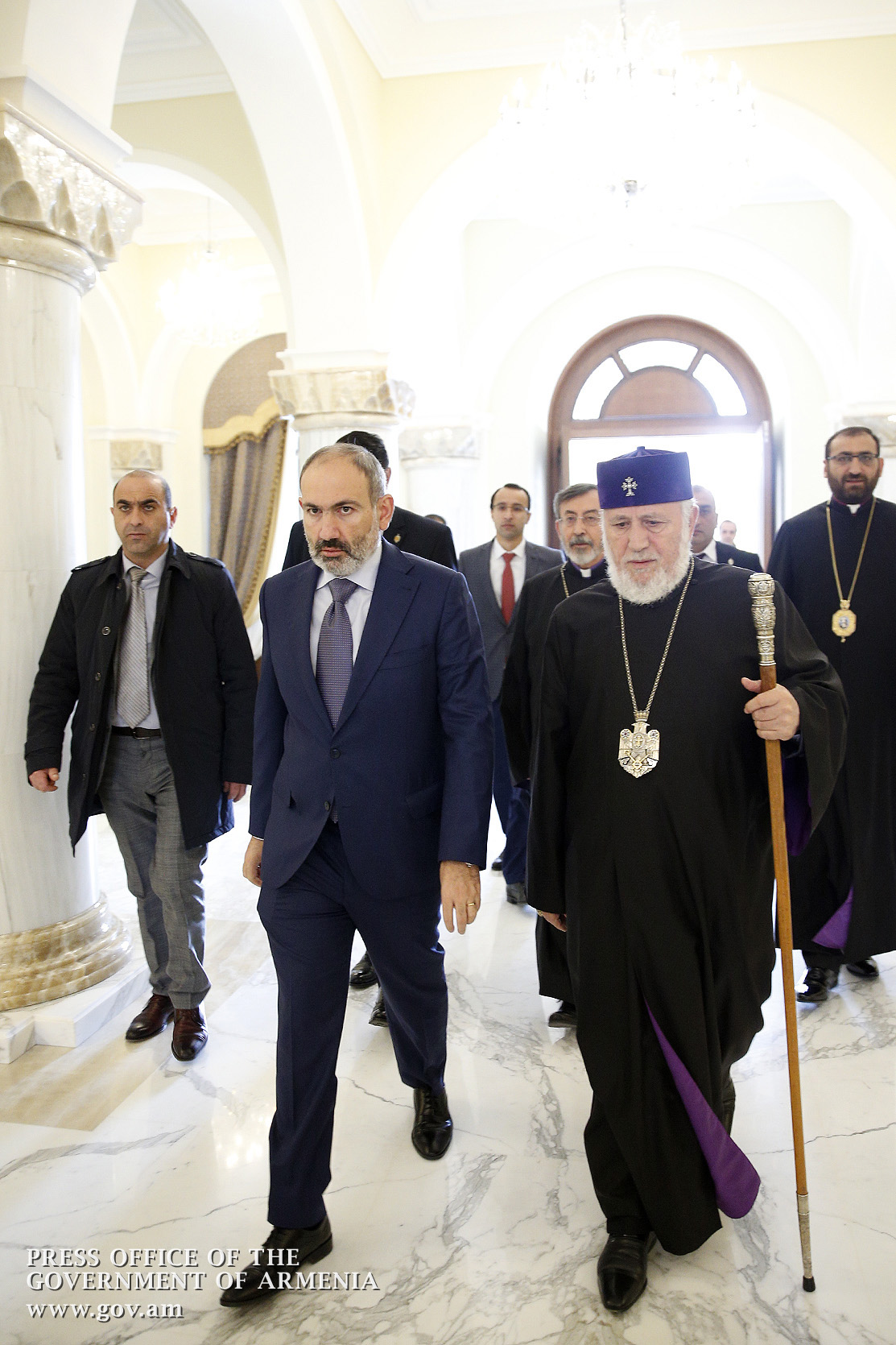 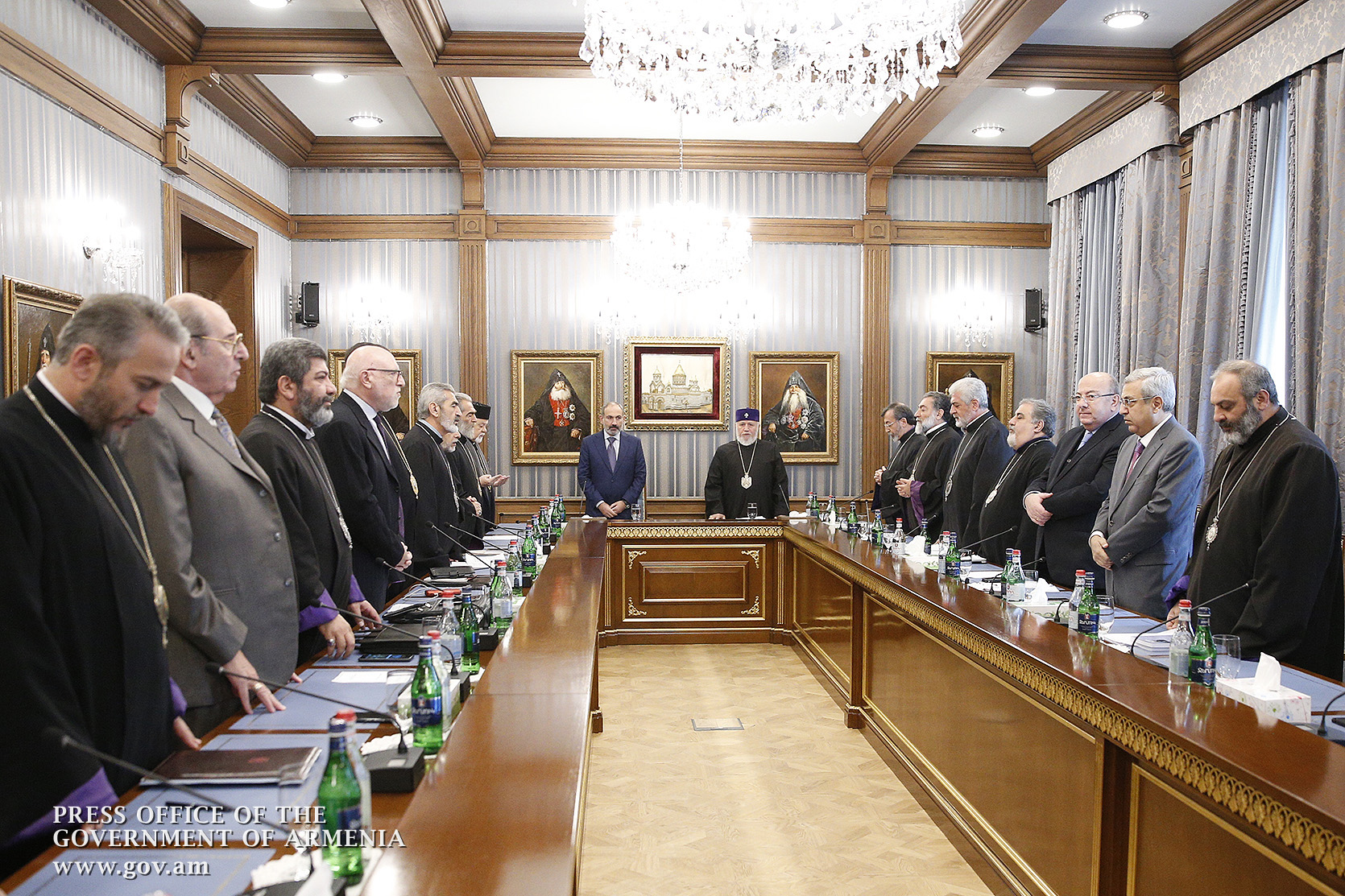 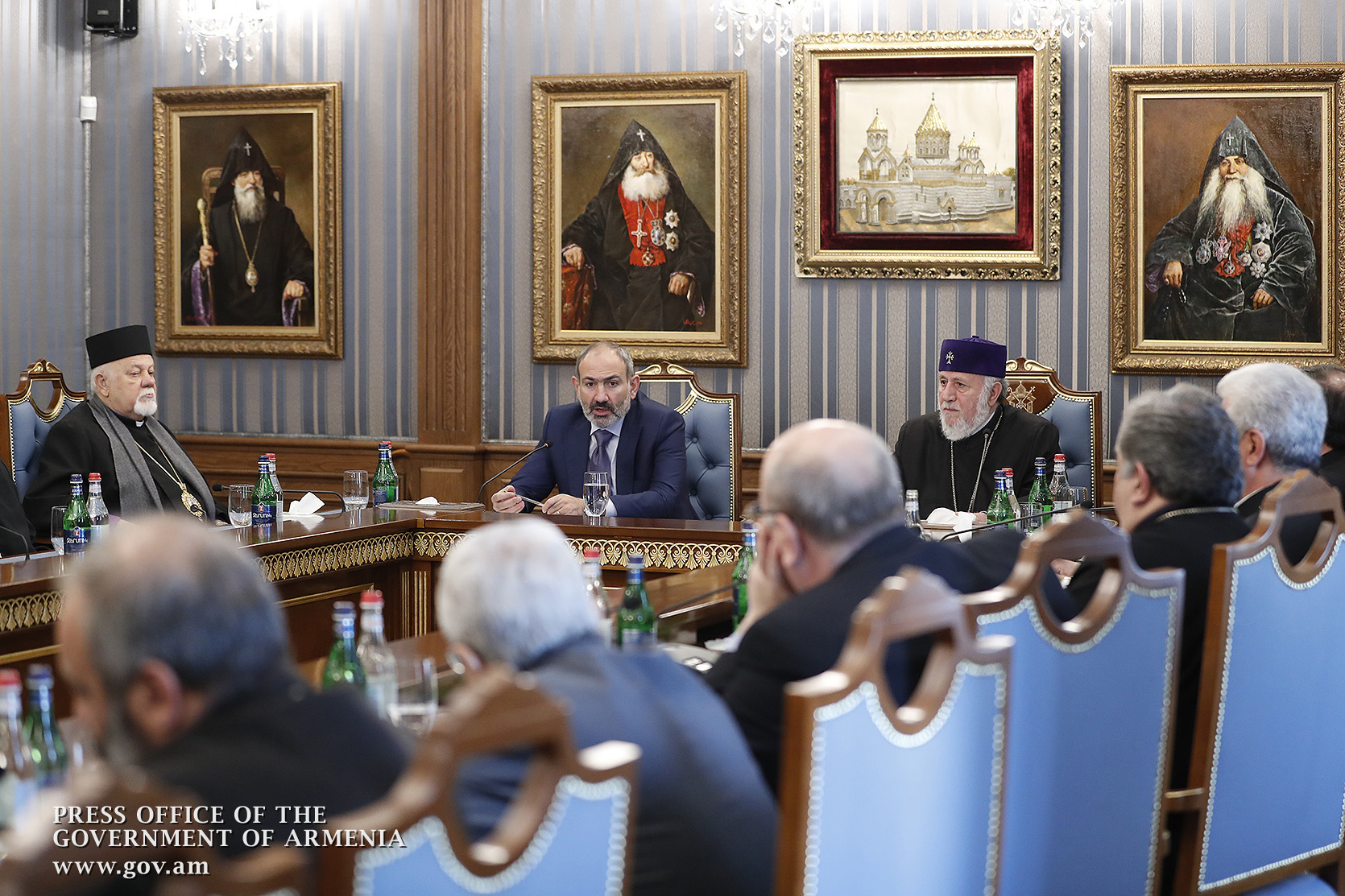 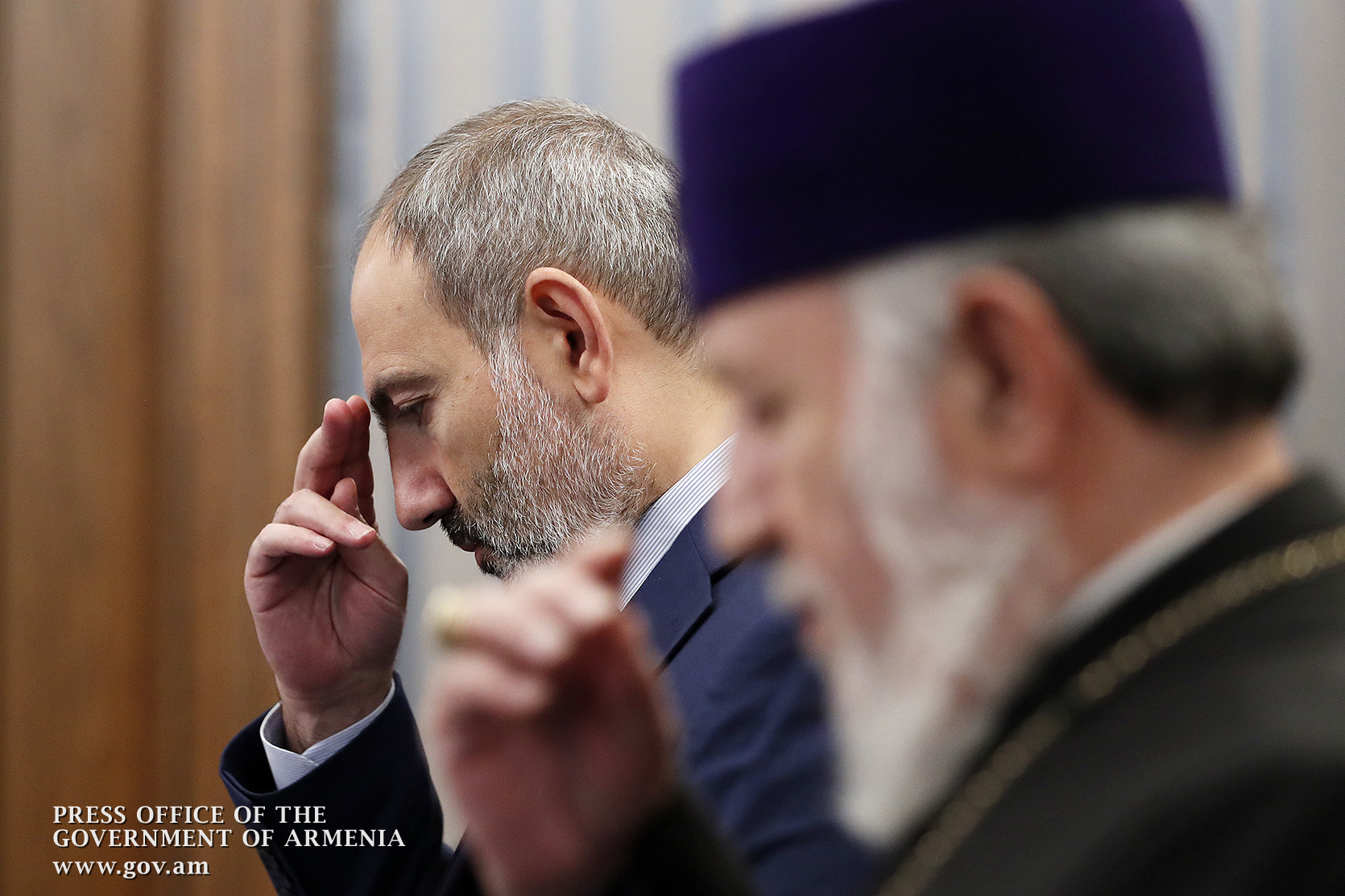