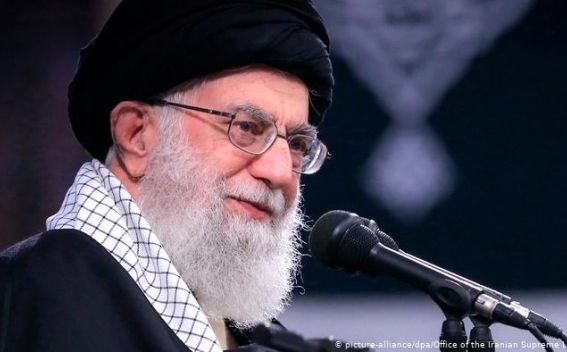 The United States on Monday imposed sanctions on nine people close to Iran’s Supreme Leader Ayatollah Ali Khamenei, including his chief of staff, one of his sons and the head of the judiciary, Reuters reports.

Coinciding with the 40th anniversary of Iran’s seizure of the U.S. embassy in Tehran, the U.S. Treasury Department said it also was blacklisting Iran’s Armed Forces General Staff.

Iran’s foreign ministry spokesman Abbas Mousavi called the sanctions “a sign of the desperation and inability of this regime in benefiting from a diplomatic and logical approach” to important international issues, according to the official IRNA news agency.

Tehran and Washington have been at odds since more than 50 Americans were held hostage at the embassy for 444 days. Tensions spiked last year after President Donald Trump withdrew the United States from the 2015 Iran nuclear accord and reinstated sanctions to choke oil exports and isolate the economy.

While tightening the sanctions noose, Trump has tried to leave open the door to diplomacy and signaled a willingness to meet with Iran’s top leaders.

Separately on Monday, the U.S. State Department announced a new reward of up to $20 million for information that leads to the location, recovery and return of Robert Levinson, a former FBI agent who was last seen in Iran.

“The Trump Administration has made clear that the regime in Iran must release all missing and wrongfully detained Americans,” Secretary of State Mike Pompeo said in a statement. “We will not rest until they are reunited with their families.”

The sanctions are designed to impose more limits on Khamenei’s inner circle, an administration official said.

“Our action is specifically focused on further targeting the financial assets of the supreme leader’s inner circle of both military and foreign affair advisors,” a senior administration official said in a call with reporters to discuss the sanctions.

U.S. sanctions block any U.S.-controlled property or interests held by those targeted, and prohibit anyone or any entities in the United States from dealing with those sanctioned.

Those targeted by the U.S. sanctions include Khamenei’s chief of staff Mohammad Mohammadi Golpayegani as well as Vahid Haghanian, who the department said “has been referred to as the Supreme Leader’s right hand.”