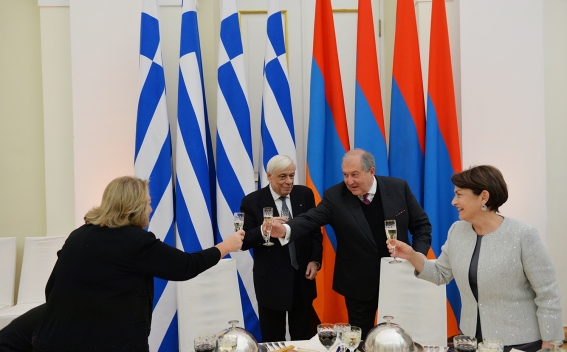 According to a news release issued by Sarkissian’s Office the presidents “particularly noted that the centuries of friendly relations of the two ancient-civilization nations, similar destinies, historical and cultural similarities and common values are solid grounds for further more deeper and more multifaceted cooperation between the two countries”.