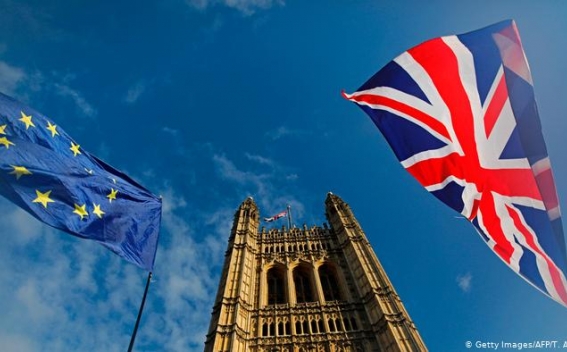 While unofficial campaigning has been gearing up for weeks, the five-week campaign formally began when Parliament was dissolved Wednesday. Johnson went to Buckingham Palace to notify Queen Elizabeth before kicking off the Conservative campaign with a speech later in central England.

Election season got off to an ill-tempered start, as Johnson accused the main opposition Labour Party of planning to "raise taxes so wantonly" that it would destroy Britain's prosperity.

Writing in the Daily Telegraph, Johnson accused the left-of centre party of attacking the rich "with a relish and vindictiveness not seen since Stalin persecuted the kulaks," the wealthier peasants who were targeted by the Soviet regime in the 1930s.

Speaking outside 10 Downing Street on Wednesday, Johnson said he's got an "oven-ready" Brexit deal that's being held up by obsructionist MPs.