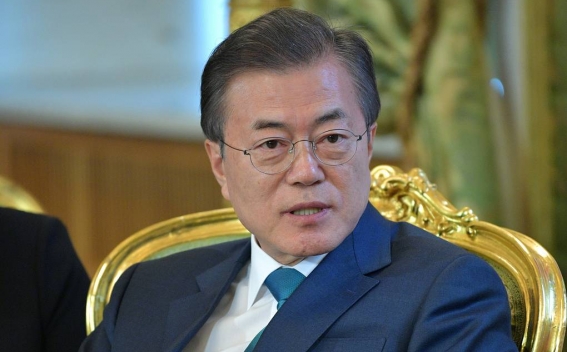 South Korean President Moon Jae-in expects that Russian President Vladimir Putin will pay a visit to his country in the near future, the South Korean leader said at talks with TASS Director General Sergey Mikhailov on Thursday, TASS reports.

"I expect President Putin’s visit to South Korea in the near future," said Moon Jae-in, who met with the heads of Organization of Asia-Pacific News Agencies (OANA) member agencies.

The South Korean leader noted that during the talks with the Russian president in 2017 at the Eastern Economic Forum (EEF) they agreed to meet at least once per year. "Since then I have visited Russia twice and this year our country was represented at the EEF by the prime minister," he said. "President Putin’s visit to South Korea will be a good contribution to bilateral relations," Moon Jae-in noted.