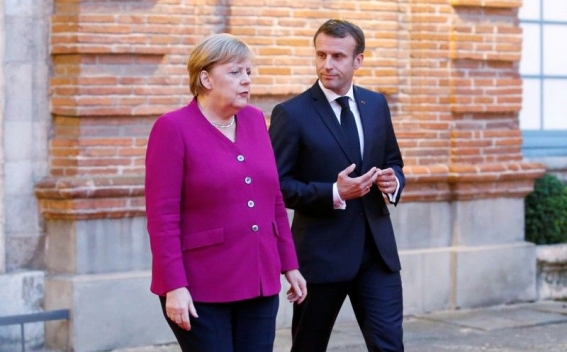 German Chancellor Angela Merkel does not share French President Emmanuel Macron’s opinion that NATO is brain-dead, as she herself said at a joint press conference with NATO Secretary General Jens Stoltenberg in Berlin on Thursday, TASS reports.

According to the German chancellor, Macron used "harsh words." "This view is not in line with mine," Merkel pointed out.

She also said that Europe should take more responsibility in resolving security issues but "the trans-Atlantic partnership is an integral part" of cooperation within the North Atlantic Alliance.

Macron said earlier in an interview with The Economist magazine that "what we are currently experiencing is the brain death of NATO." According to the French president, Europe stands on "the edge of a precipice" and needs to start thinking of itself strategically as a geopolitical power, otherwise we will "no longer be in control of our destiny.".