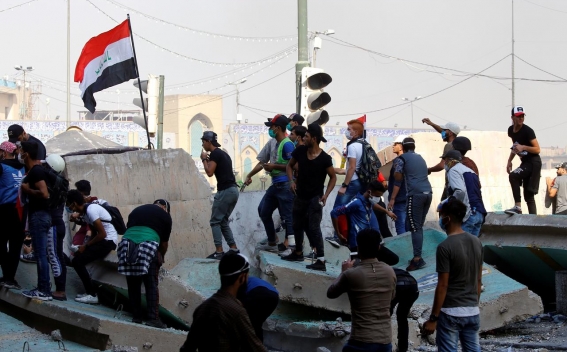 The United States has called on Iraq’s government to stop using violence against protesters, reform its electoral system and hold early elections, after weeks of unrest in which security forces have killed nearly 300 protesters, Reuters reports.

The protests that began on Oct. 1 were initially focused on a lack of jobs and services but quickly morphed into denunciation of the sectarian power-sharing system of government introduced in 2003 and the political elites they say benefit from it.

“The United States joins the UN Assistance Mission to Iraq in calling on the Iraqi government to halt the violence against protesters and fulfill President Salih’s promise to pass electoral reform and hold early elections,” the White House press secretary said in a statement posted by the U.S. embassy in Baghdad on Monday.

Iraqi leaders agreed on Sunday that electoral reforms should give more chance for young people to participate in politics and break the monopoly on power of political parties that have dominated state institutions since 2003, state media reported.

The unrest, the worst for two years, is one of the biggest and most complicated challenges to the current ruling elite since it took power after the U.S. invasion and toppling of autocrat Saddam Hussein in 2003.