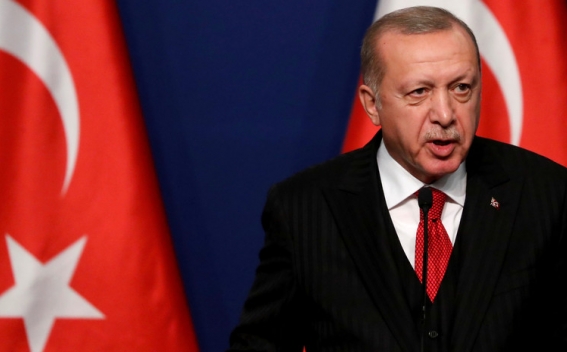 President Tayyip Erdogan said on Tuesday the European Union’s decision to sanction Turkey over drilling off the coast of Cyprus could disrupt talks with the bloc, and he warned that Turkey could send captured Islamic State fighters to Europe, Reuters reports.

Turkey, a formal candidate to join the EU despite worsening ties, criticised the decision and said it would not cease drilling in the eastern Mediterranean because it is operating on its own continental shelf or areas where Turkish Cypriots have rights.

Speaking in Ankara ahead of a visit to Washington, Erdogan slammed the EU’s decision and said Turkey was acting in line with its rights based on international law.

“Hey EU, know this: Turkey is not one of those countries you have come to know until now. We are a country that sits at the negotiating table with you...” Erdogan told reporters. “These negotiations may suddenly end.”