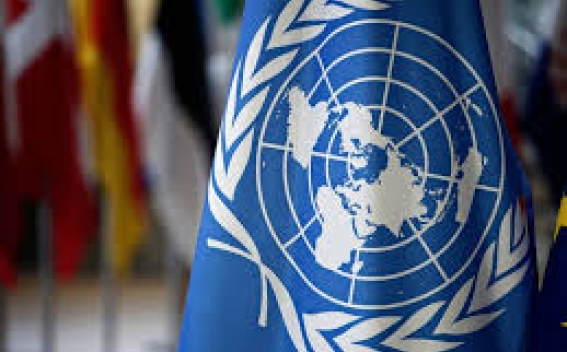 "The Secretary-General remains deeply concerned about the developments in Bolivia", his Spokesperson Stéphane Dujarric told reporters in New York. "He reiterates his appeal to all Bolivians to refrain from violence and exercise utmost restraint", he added, referring to the rising incidents of violence following weeks of protest which began over disputed presidential election results, UN reports.

Opposition Senator, Jeanine Añez, assumed the presidency on an interim basis on Tuesday, and has promised to hold elections soon, according to news reports. The deputy Senate leader was third in line to become interim leader, but supporters of Mr. Morales took to the streets amidst violent clashes with security forces, to protest her appointment.

Mr. Guterres has appointed Jean Arnault to engage as his Personal Envoy "with all Bolivian actors", said Mr, Dujarric, "and offer United Nations support in efforts to find a peaceful resolution to the crisis, including through transparent, inclusive and credible elections."

Bolivia’s political crisis began in October, as Mr. Morales, the nation’s first indigenous president, declared victory after elections for a disputed fourth term, amidst allegations of electoral fraud and vote rigging. On Sunday independent observers from the Organization of American States called for the result to be annulled, declaring there had been "clear manipulation" of the vote.

After agreeing to hold fresh elections, Mr. Morales stepped down under military and police pressure on Sunday accepting an offer of asylum from Mexico, declaring that he was the victim of a coup.