Impression is As if Authorities Want Quicker Settlement of Artsakh Issue to Live Freely: Vazgen Manukyan 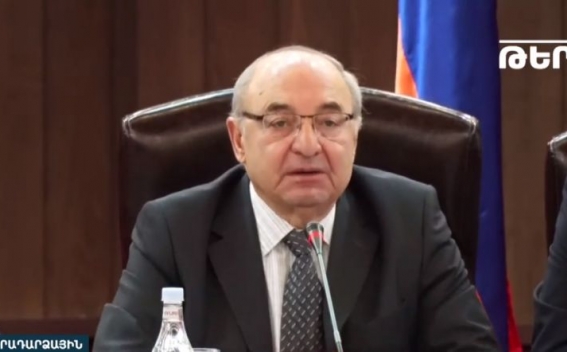 The relations between Armenian and Artsakh leaders are rather complicated with an impression being created as if the authorities think “let Artsakh issue be solved in any way for us live freely,” one of the founders of Vernatun social-political club Vazgen Manukyan said at the first gathering of the club, ''Aysor'' reports.

“The sentence that the solution must satisfy Armenia, Artsakh and Azerbaijan was first voiced by Gorbachov. Then it became clear very soon that the issue is not it. Yes, it is very beautiful sentence which lacks any political or national idea,” Manukyan said.

He said the peoples of Armenia and Artsakh must understand what they want and reach it with pragmatic steps.

“It is necessary to consolidate not over or against a person or political force but over idea for the state to really belong to the people,” Manukyan concluded.