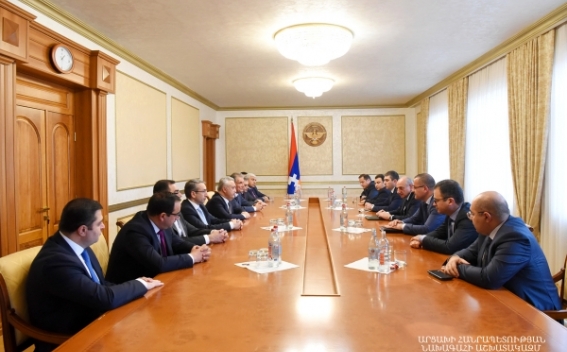 On November the 16th Artsakh Republic President Bako Sahakyan received the delegation of the Armenian Central Bank led by its chairman Arthur Javadyan.
A range of issues related to cooperation between the two Armenian republics in the bank sphere was discussed during the meeting attended by Artsakh Republic state minister Grigory Martirosyan and finance minister Arthur Harutyunyan.