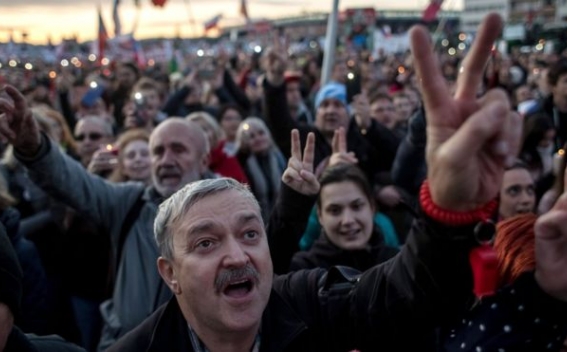 At least 200,000 people have protested against the Czech government in the capital, Prague, BBC reports.

Demonstrators are calling for Prime Minister Andrej Babis to resign over allegations of fraud.

It is alleged Mr Babis used European Union subsidies for his private business - something he denies.

The protest was held on the eve of the 30th anniversary of the Velvet Revolution, which ended communist rule in what was then Czechoslovakia.

Saturday's demonstration was held in Letna Park, which was also the site of the biggest rallies of November 1989.

Many people have been chanting "we are here" - an echo of the revolution's protest slogan three decades ago.