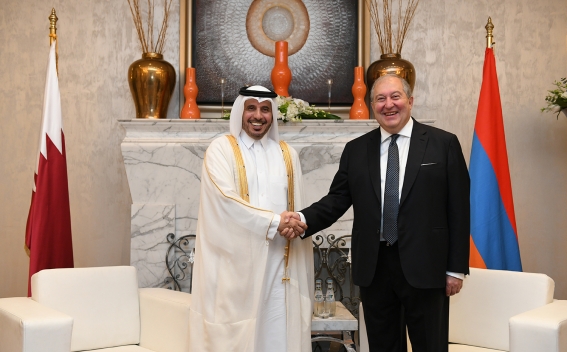 President Sarkissian thanked the government of Qatar for assisting the opening of the Armenian Embassy, stating that it will raise the bilateral ties to a new quality and expressed hope that Qatar will also open an embassy in Yerevan in the near future.

Armen Sarkissian said Armenia, being as member of the Eurasian Economic Union (EAEU), has a good transit opportunity to enter into the markets of other countries.

The sides highlighted construction, tourism, real estate, agriculture and food safety as prospective fields for the cooperation. The Armenian President also highlighted the presence of a great partnership potential in science, education and technologies, introducing in this context the presidential initiative ATOM (Advanced Tomorrow) and the cooperation opportunity within the frames of this initiative.