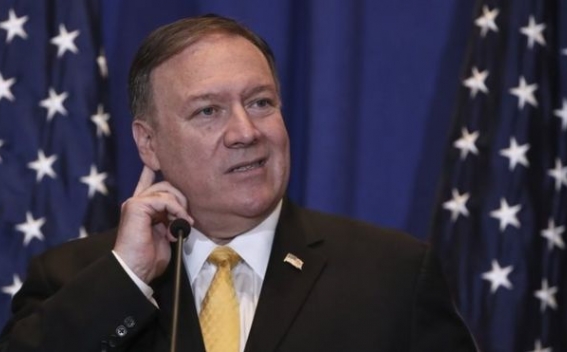 US Secretary of State Mike Pompeo announced on Monday that the United States was softening its position on Israeli settlements in the occupied West Bank, the latest in a series of moves by the Trump administration that reversed decades of US policy, Al-Jazeera reports.

Pompeo said the administration of President Donald Trump will no longer abide by a 1978 State Department legal opinion that the settlements were "inconsistent with international law".

"After carefully studying all sides of the legal debate, this administration agrees... (the) establishment of Israeli civilian settlements in the West Bank is not, per se, inconsistent with international law," Pompeo said.

According to several United Nations Security Council resolutions, the most recent in 2016, Israeli settlements are illegal under international law as they violate the Fourth Geneva Convention, which prohibits an occupying power from transferring its population to the area it occupies.

The settlements are also considered a major stumbling blocks to an Israeli-Palestinian peace agreement.