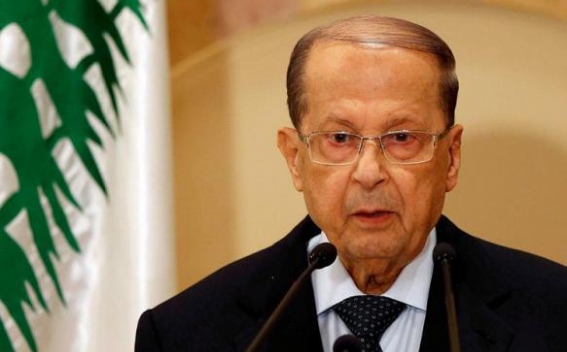 Lebanon’s President Michel Aoun received Tuesday at Baabda palace, UN Special Coordinator for Lebanon, Jan Kubis, with whom he discussed the latest developments ahead of a meeting for the Security Council over the course of UNSC resolution 1701, al-Manar reports.

The President also said that he will set a date for the binding parliamentary consultations upon the end of the talks he is currently holding with the concerned political leaderships, in an effort to remove obstacles hindering the formation process and to prevent governmental vacuum.

On a different note, Aoun underlined that Lebanon held onto the implementation of UNSC resolution 1701 in collaboration with the UNIFIL, despite the continuous Israeli violations of the Lebanese sovereignty and claims about the presence of missiles directed towards the occupied lands.

For his part, Kubis said that the UN was closely following up on the developments in Lebanon, promising to convey Aoun’s position to UN Chief, Antonio Guterres, and the members of the UN Security Council.