Zatulin: Nagorno-Karabakh's Right to Self-Determination and Independence From Azerbaijan Must be Acknowledged 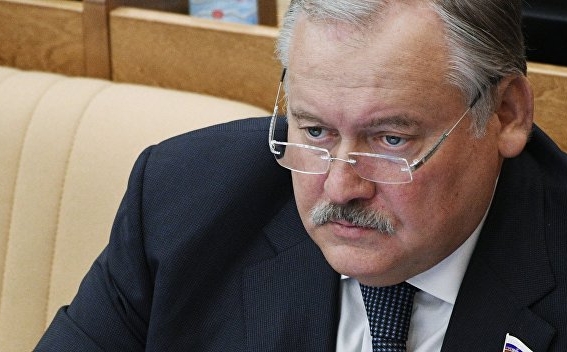 Deputy Chairman of the Committee of the State Duma of the Russian Federation for the CIS talked about the paths to the settlement of the Nagorno-Karabakh conflict as a guest speaker on the Posner TV show aired on Russia’s First Channel, news.am reports.

The TV show’s host Vladimir Posner reminded that Zatulin was strictly criticized in Azerbaijan for his recent visit to Nagorno-Karabakh and asked Zatulin how he sees the settlement of the conflict.

According to him, Nagorno-Karabakh must concede by delivering the regions that surround Nagorno-Karabakh and were seized by self-defense forces during the war. He stated that this concerns five of the seven regions since the remaining two link Karabakh to Armenia.

Zatulin added that "unruly nationalists" are hindering the mutual concessions of both countries. The Azerbaijanis say they need to have Karabakh as a whole, while the people in Armenia say the lands gained through bloodshed can’t be delivered.