Trump Considering Withdrawing up to 4,000 U.S. Troops from South Korea 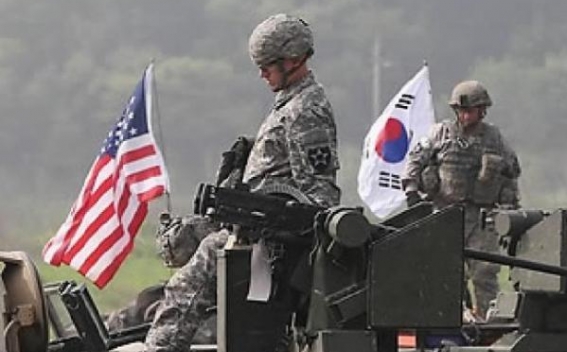 The United States is considering withdrawing an armed forces brigade from South Korea if Seoul does not agree to a U.S. demand to contribute more to the cost of stationing troops in the country, a South Korean newspaper reported on Thursday.

The United States broke off talks with South Korea on Tuesday after demanding Seoul raise its annual contribution for U.S. troop costs to $5 billion, over five times what it is currently paying, according to South Korean lawmakers, Reuters reports.

U.S. President Donald Trump has insisted that South Korea pay more - and has also suggested pulling the troops out altogether.

There are about 28,500 U.S. troops in South Korea. A brigade is about 3,000-4,000 troops, Chosun said, and a potential reduction would be within the bounds of the National Defence Authorization Act for fiscal year 2019, passed by the U.S. Congress.