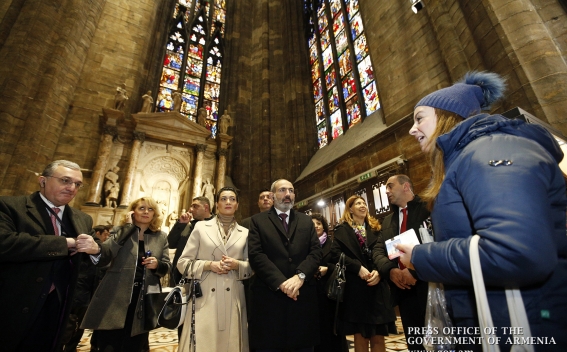 Accompanied by his spouse Anna Hakobyan, Prime Minister Pashinyan today visited the Catholic Cathedral in Milan to get acquainted with its architecture and history.

The Milan Cathedral is a gothic cathedral located in the administrative center of Lombardia, Italy. It is the residence of the Archbishop of Milan. 106.5 m high, the Cathedral can simultaneously accommodate up to 40,000 people.

The Gothic Cathedral of Milan is the 4th largest in the world and the third largest in Europe. The Cathedral has numerous marble towers, which are connected to each other by supports. Construction began in 1386 and ended in 1813.

The gothic style of the Cathedral is combined with elements of the Renaissance culture. The Cathedral has its main symbol represented by the golden statue of La Madonnina, the Patroness of Milan. 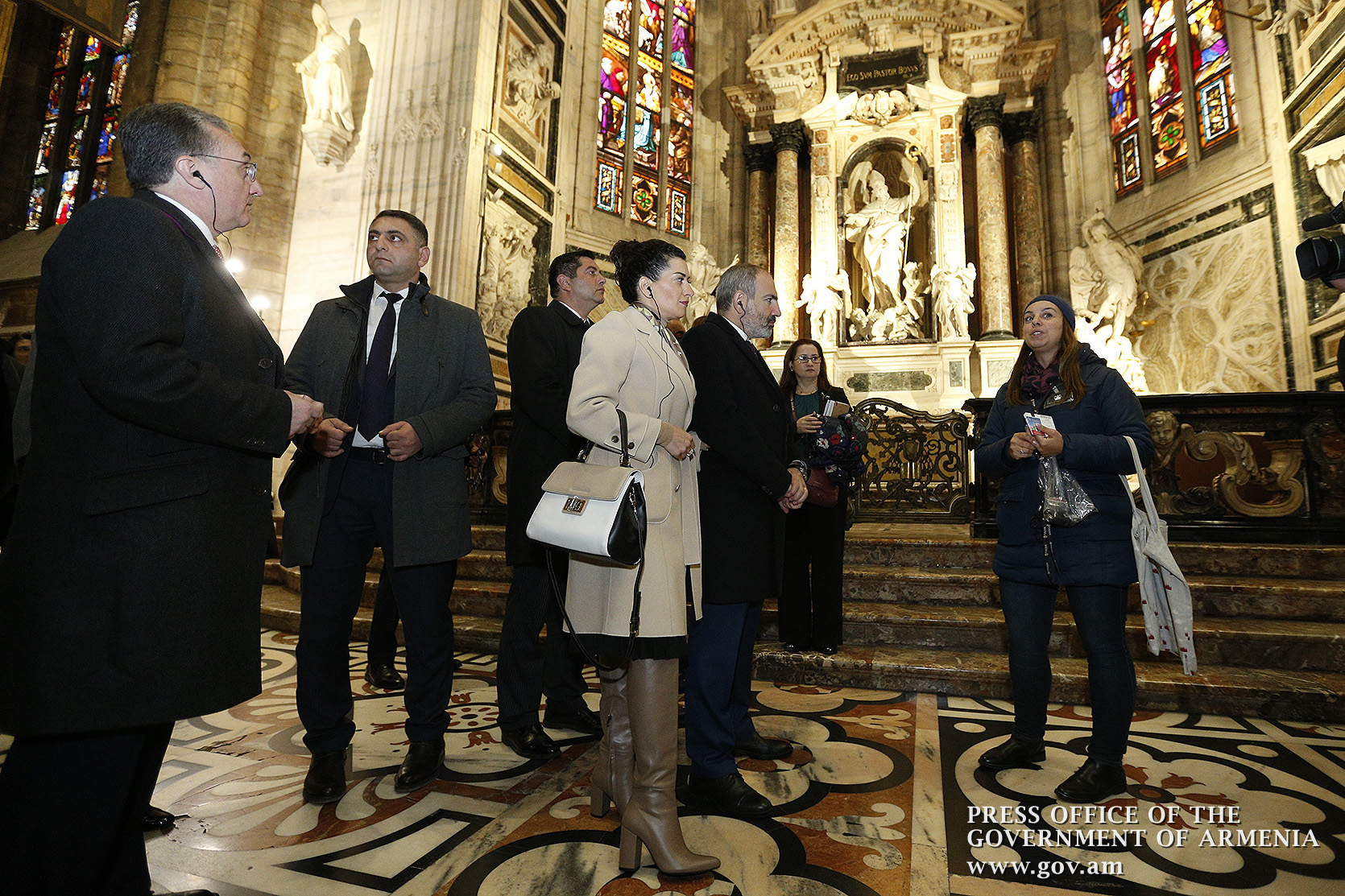 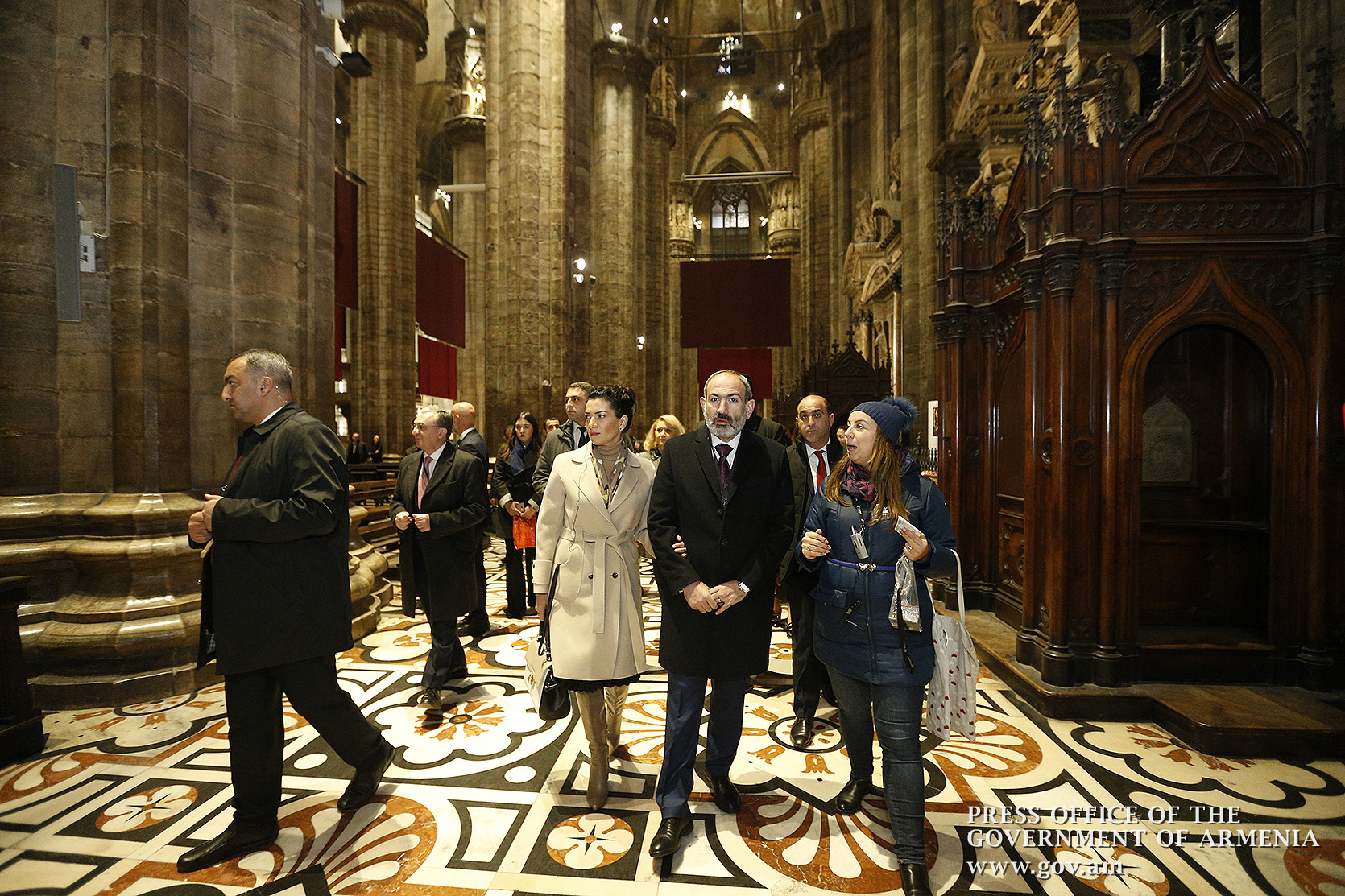 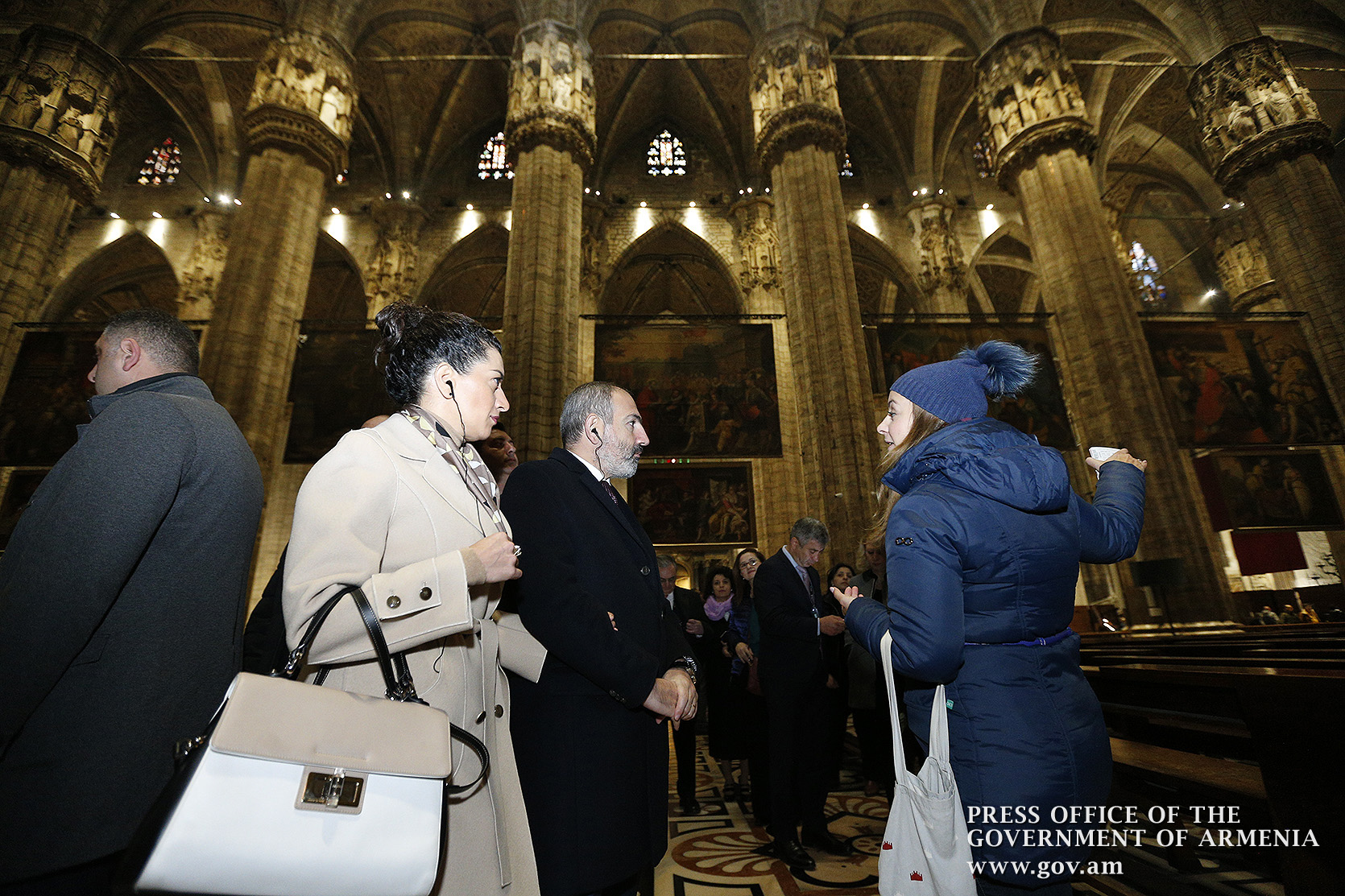 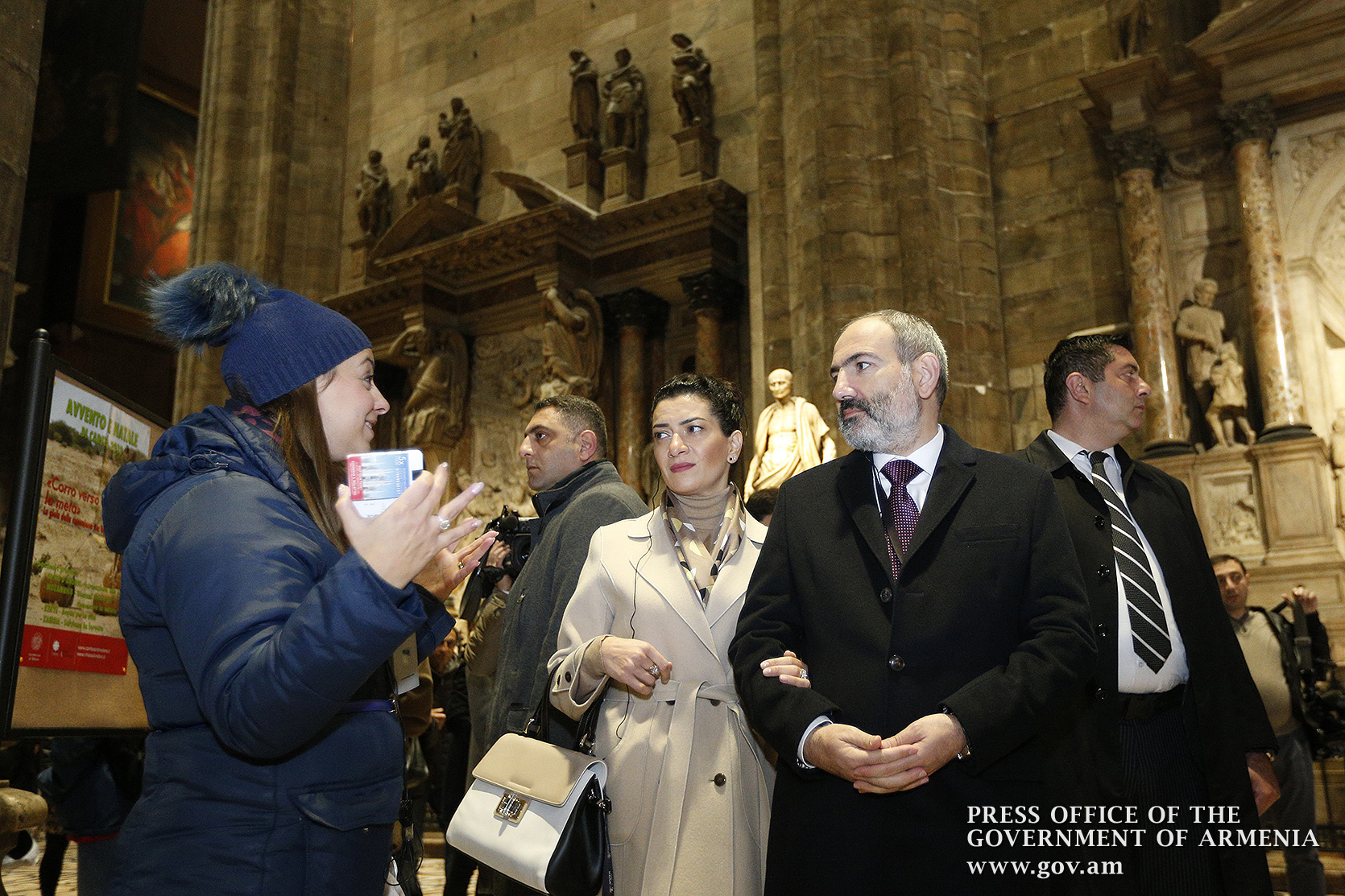 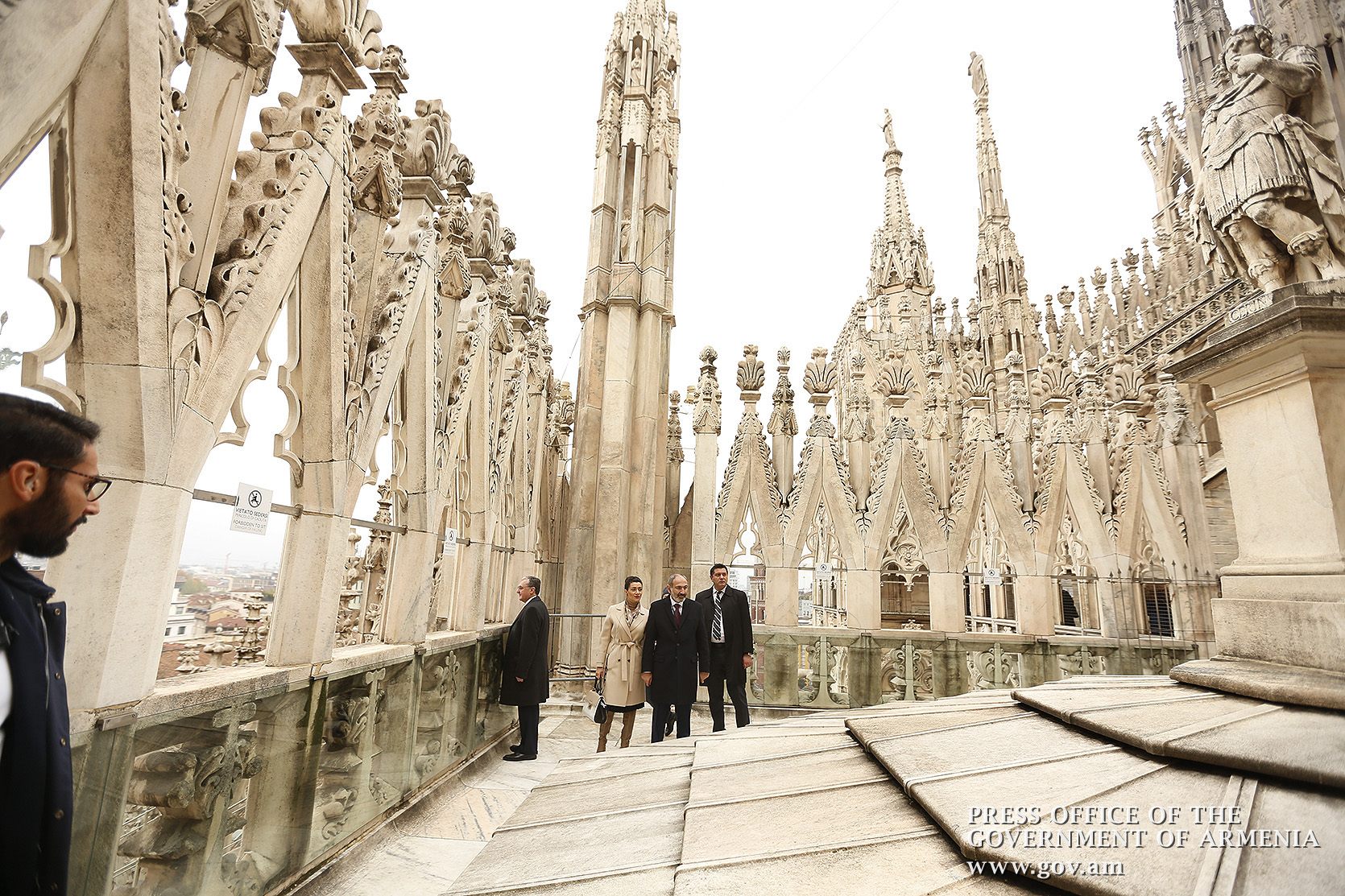 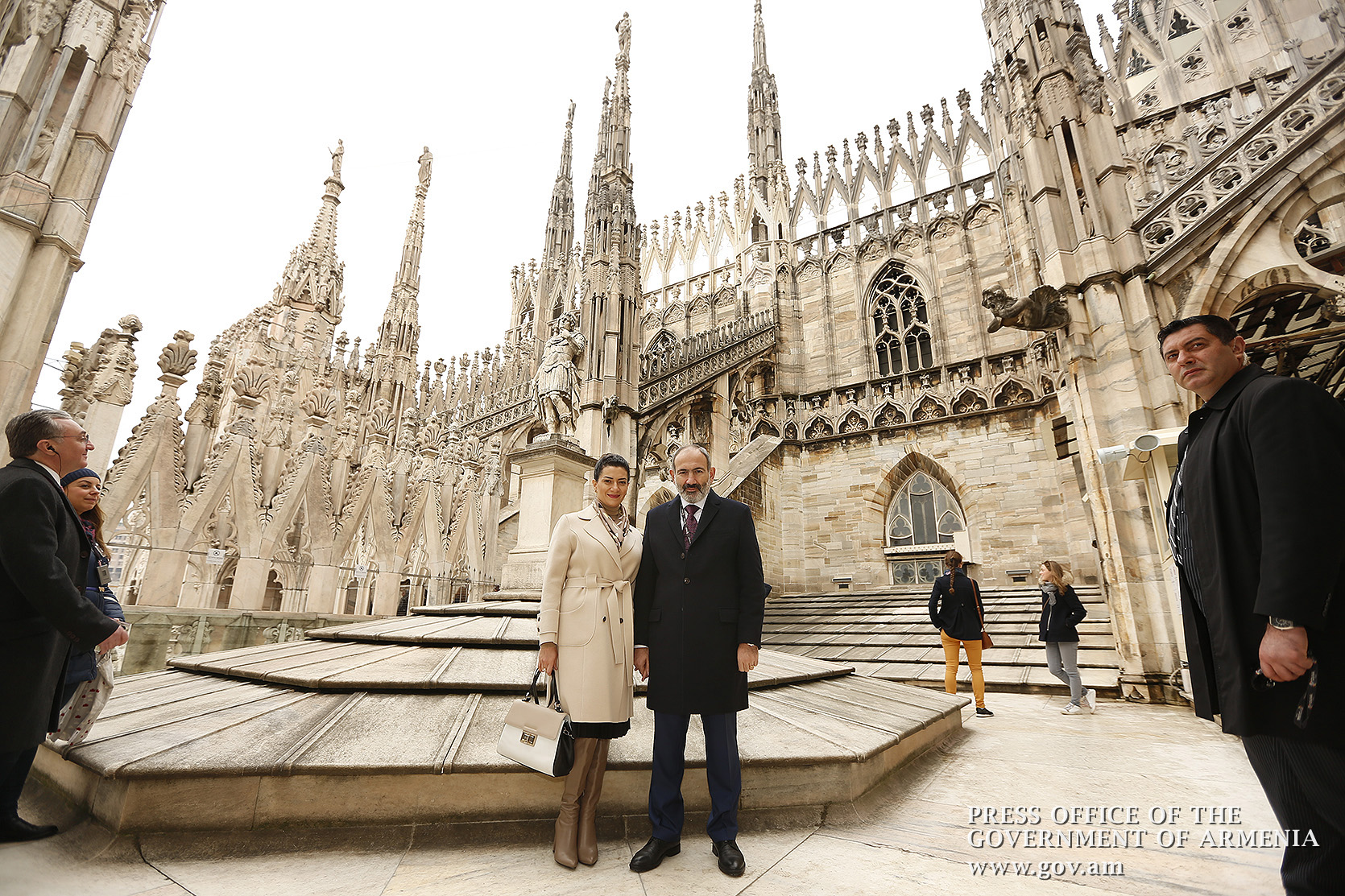 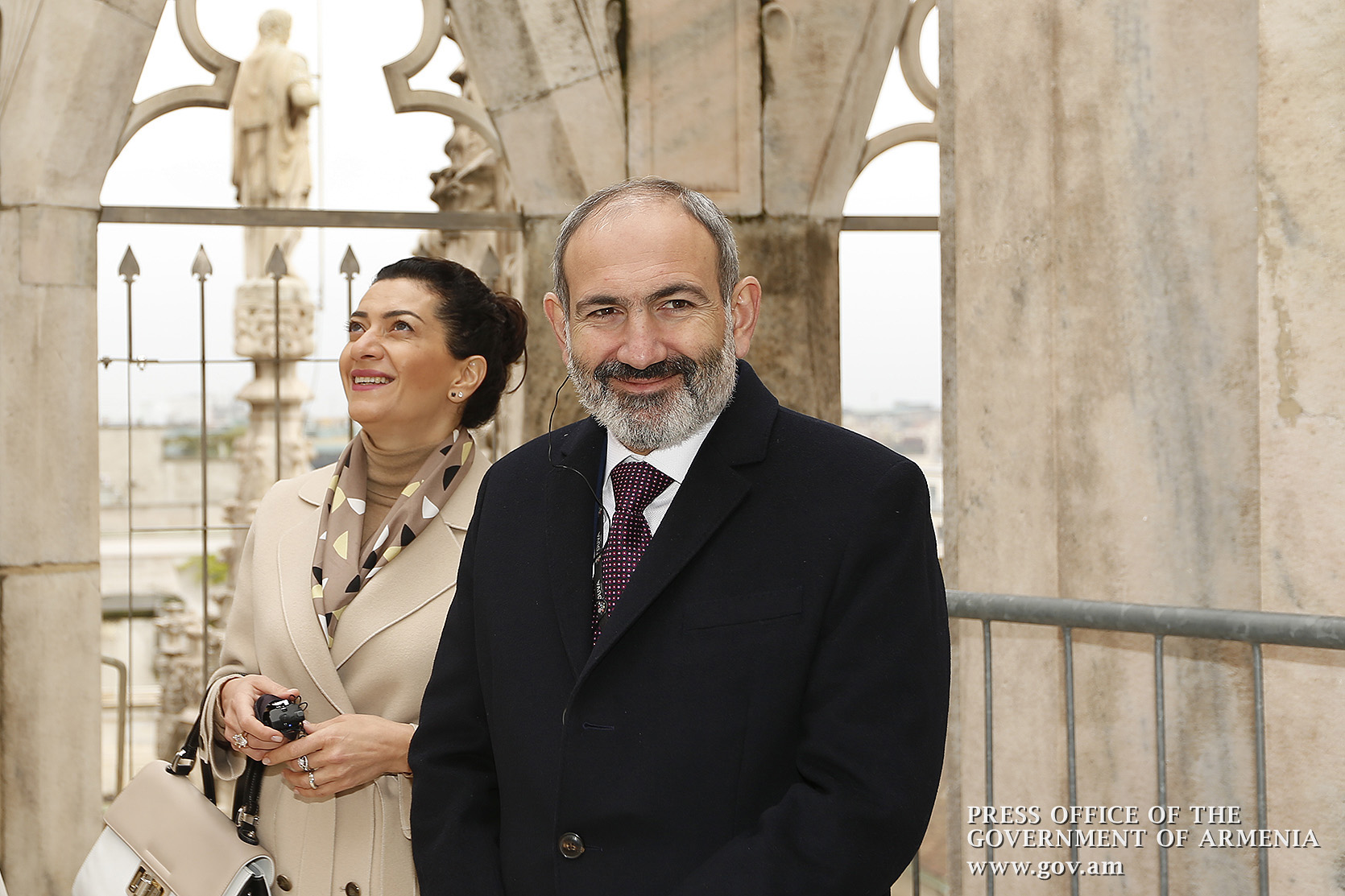 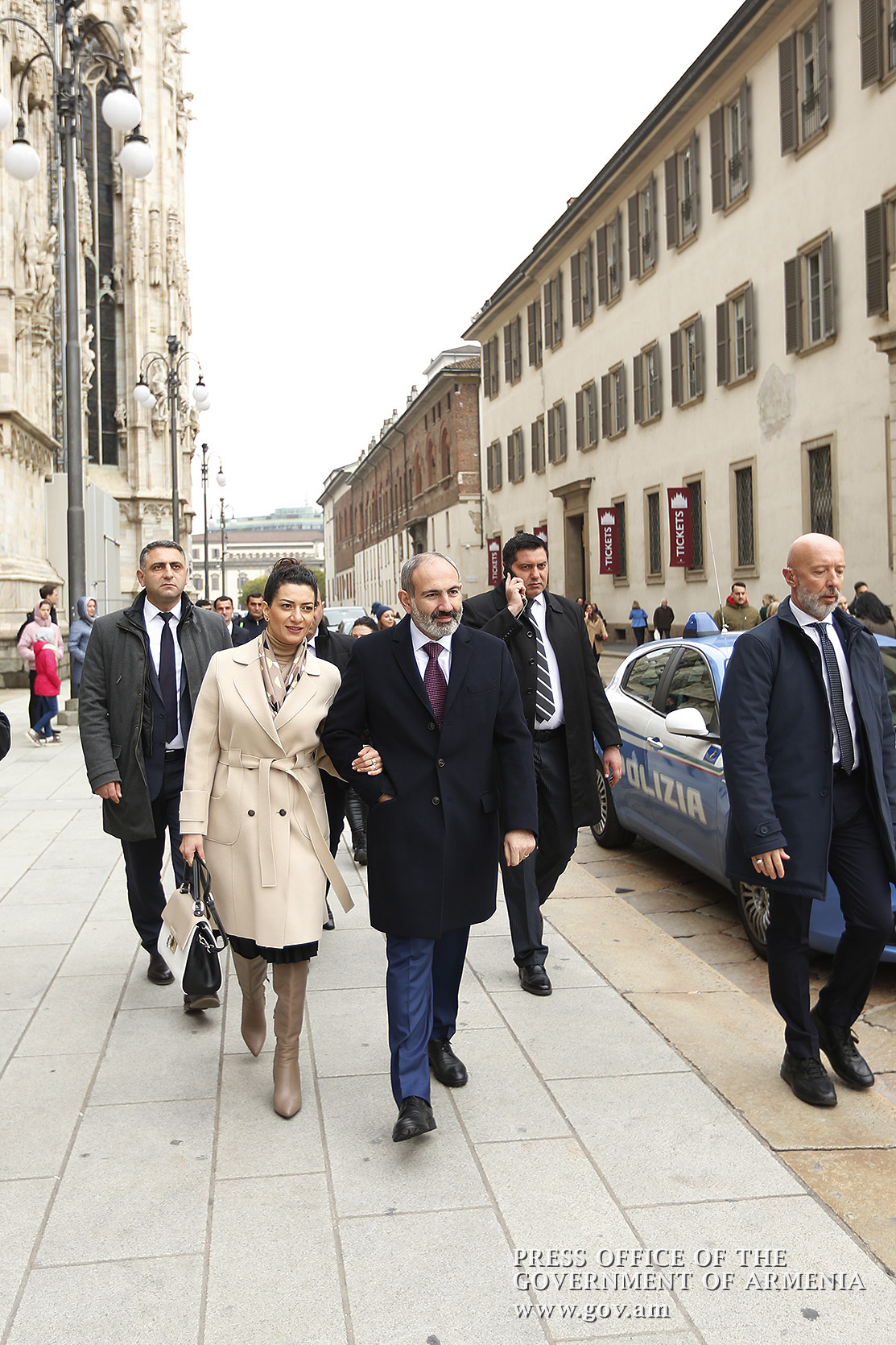