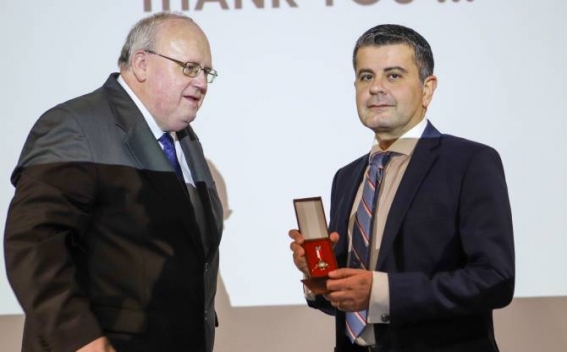 The Ministry of Culture and National Heritage of the Republic of Poland handed the Honorary Medal of Merit to the General Producer of the Armenian National Philharmonic Orchestra and Director of the Hover State Chamber Choir Arman Padarya, reports Armenpress.

Arman Padaryan was awarded for his major contribution to Armenian-Polish cultural relations, in particular for organizing more than two dozen concerts over the last 12 years. These concerts have helped to strengthen the ties between the two countries.

It is noteworthy that concerts were organized not only with the participation of the Armenian National Philharmonic Orchestra, Hover State Chamber Choir, but also with a number of Polish musicians, both in Armenia and Poland.