Memorandum of the Artsakh Republic Foreign Ministry Disseminated in the UN 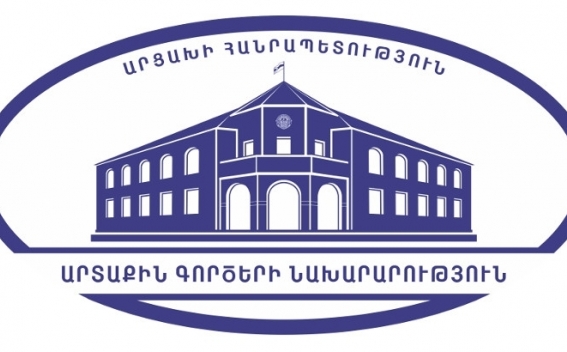 On November 15, the Memorandum of the Ministry of Foreign Affairs of the Republic of Artsakh on Azerbaijan’s international responsibility for particularly serious crimes committed in Artsakh by Azerbaijan’s citizens Shahbaz Guliyev and Dilham Askerov was circulated in the United Nations Organization (UN).

The memorandum also notes that the campaign launched by the Azerbaijani authorities in various international organizations calling for assistance in securing the release of Askerov and Guliyev can also be considered as evidence of the recognition and acceptance by Azerbaijan of wrongful acts of the armed group by Azerbaijan.