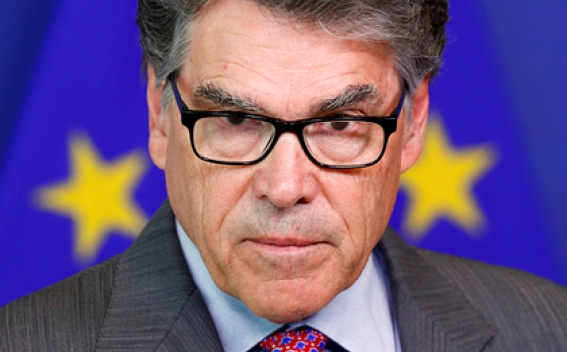 Rick Perry concluded his final day as President Trump's Energy secretary on Sunday, thanking his family and the American people in a tweet for allowing him to serve at the agency, The Hill reports.

Perry tweeted Sunday that it had been "the honor and privilege of a lifetime to serve in the @realDonaldTrump Administration," adding in a video message attached to the tweet that it had been a "wonderful, fabulous trip" to serve at secretary.

"Well, today's December the first and my last day as the secretary of Energy," Perry said. "I want to tell everyone what a wonderful, fabulous trip it's been for me and my family, and hopefully for the American people as we've become the number one oil- and gas-producing country in the world."

Perry's resignation was announced by Trump at a Cabinet meeting in October, with the president announcing shortly afterwards that Deputy Energy Secretary Dan Brouillette would be nominated to replace the outgoing secretary.

"I want to thank Secretary of Energy Rick Perry for the outstanding job he has done. He will be leaving at the end of the year to pursue other interests. Rick was a great Governor of Texas and a great Secretary of Energy," Trump tweeted in October.

"He is also my friend! At the same time, I am pleased to nominate Deputy Secretary Dan Brouillette to be the new Secretary of Energy. Dan’s experience in the sector is unparalleled. A total professional, I have no doubt that Dan will do a great job!" he added.

Perry joined the Energy Department in March of 2017, shortly after Trump's inauguration, despite campaigning for president in 2012 and famously calling for the department to be abolished at the time.