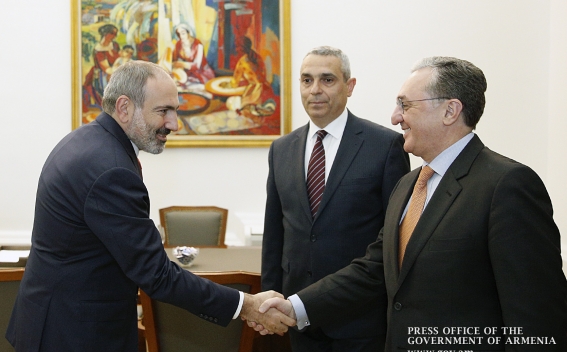 The interlocutors touched upon the issues of cooperation between Armenia and Artsakh in the process of peaceful settlement of the Karabakh conflict, emphasizing in this context the importance of holding such regular meetings to summarize the implemented joint work, as well as planning further steps.

Pashinyan particularly highlighted the involvement of the democratically elected leadership of Artsakh in the process of the peaceful settlement.

The sides also referred to events and meetings to be held in the sidelines of the 26th OSCE Ministerial Conference in Bratislava.