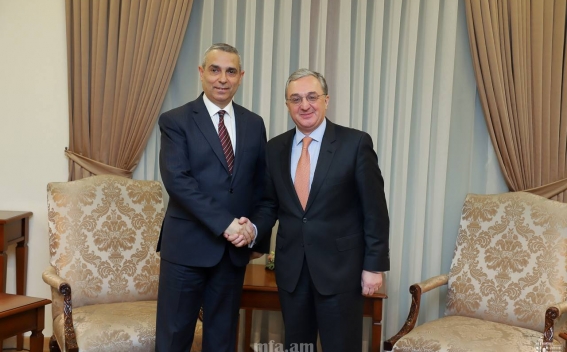 During the meeting, the sides also touched upon the results of the mutual visits of journalists from the Republic of Artsakh, the Republic of Armenia and Azerbaijan, which took place on November 17-21, under the mediation of the Office of the Personal Representative of the OSCE Chairperson-in-Office. They stressed the importance of implementing measures aimed at building an atmosphere of confidence between the parties to the conflict.

The sides underlined the necessity of restoring the full trilateral format of negotiations with the direct and full-fledged participation of the Republic of Artsakh, highlighting its importance for enhancing the effectiveness of the peace process.

The Foreign Ministers also exchanged views on a number of issues relating to the agenda of cooperation between the two foreign ministries.