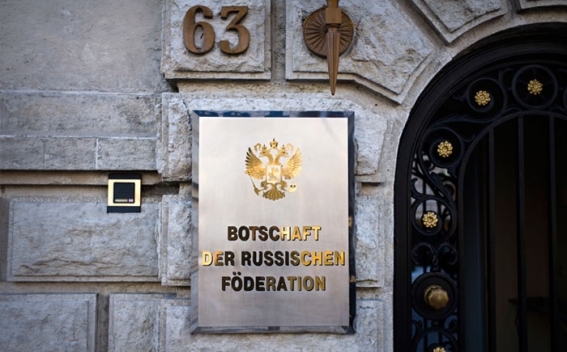 German Foreign Ministry has declared as personae non gratae two staffers of the Russian embassy in Germany in connection with the killing of a Georgian citizen in Berlin at the end of last summer. The decision is "effective immediately," as follows from the Foreign Ministry’s statement published on Wednesday, TASS reports.

"In this way the German government reacted to the fact that the Russian authorities, in defiance of repeated and insistent demands at a high level, insufficiently cooperated in the investigation of the killing in Berlin’s Tiergarten, committed on August 23," the document runs. "These expectations had been formulated by State Secretary Michaelis in a conversation with Ambassador Nechyayev at the German Foreign Ministry on November 20."

"The German government reserves the right to take further steps in the light of the investigation of the incident," the Foreign Ministry said.

Earlier on Wednesday, Russian presidential spokesman Dmitry Peskov dismissed as "absolutely groundless" the suspicion Russia might have been involved in the murder of a Georgian citizen in Berlin.

A 40-year-old Georgian citizen was killed on August 23. On the same day the Berlin prosecutor’s office declared the detention of a suspect, which, according to its sources, was a 49-year-old Russian citizen.