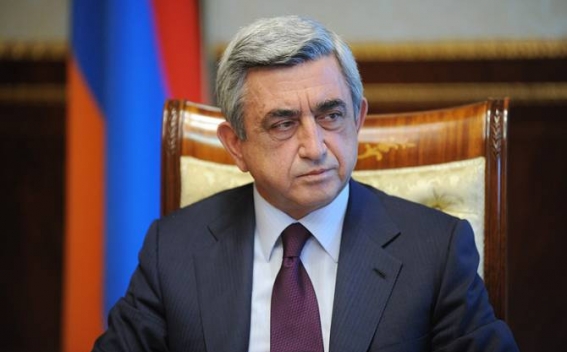 Armenia’s Special Investigation Service issued a statement reporting about charges executed against Armenia’s third president Serzh Sargsyan for the organization of theft of large amount of money (489,160,310 AMD) by a group of officials by wasting method in the period from January 25, 2013 till February 7, 2013, aysor.am reports.

Signature on not leaving the country has been applied as preventive measure.