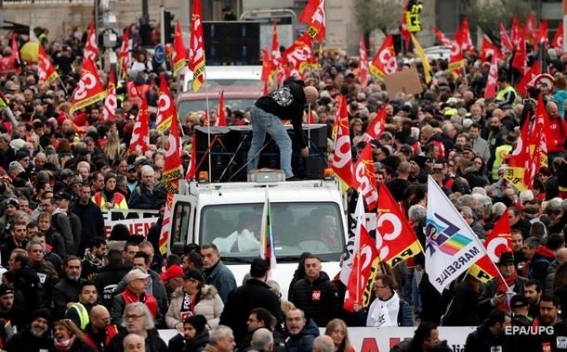 Hundreds of thousands of French workers were gathering on Thursday ahead of marches through Paris and other cities on the first day of an indefinite national strike, FT reports.

The public sector walkout, expected to be the biggest in 24 years, has been called by trade unions angry at sweeping pension reforms proposed by Mr Macron’s government that would eventually push back the retirement age for many workers.

Rail services have been curtailed across France since Wednesday night, along with the Paris metro and bus networks. Flights are also being hit by industrial action at Air France and by some air traffic controllers. Most teachers are on strike, with health workers, firefighters and students joining marches to air a range of grievances over staffing, financing and work conditions. A total of 245 separate demonstrations have been announced across France.