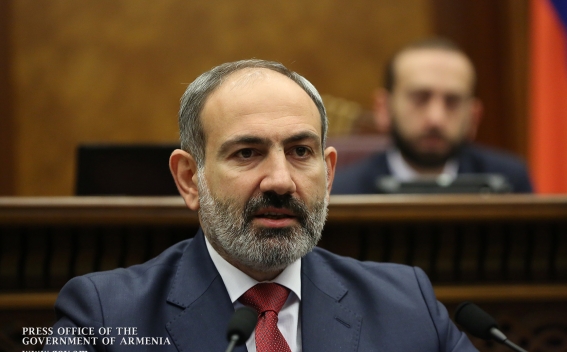 Since 2018, including the budget for 2020, we have increased the defense budget by 66 billion drams; that's about 28 percent. Prime Minister Nikol Pashinyan stated this in his final speech at the 2020 draft state budget debate in the National Assembly of Armenia today, News.am reports.

"Since May 2018, the Republic of Armenia has acquired an unprecedented amount of ammunition and armaments compared to the visible period," Pashinyan said. “The Government of Armenia will clearly pursue this policy of restoring military balance in the region; serious steps have already been taken in this regard.”

He stressed that in order to understand the logic of the 2020 budget, it is very important to record what is happening in Armenia in 2019 economically.

"The economic growth for the 9 months of this year is 7.5%," Pashinyan said. “This is the absolute leading indicator in our region, in the EEU, in the post-Soviet region.

Today, Armenia again has one of the lowest inflation rates in the world.

The World Food Organization reports that worldwide food prices have risen by about 6 percent, [whereas] have grown by only 0.1 percent in Armenia.

In terms of monopolies, we manage to keep inflation unprecedentedly stable and unprecedentedly low. Armenia is one of the few countries to record deflation this September compared to last December. "

Pashinyan emphasized that these are very good indicators.