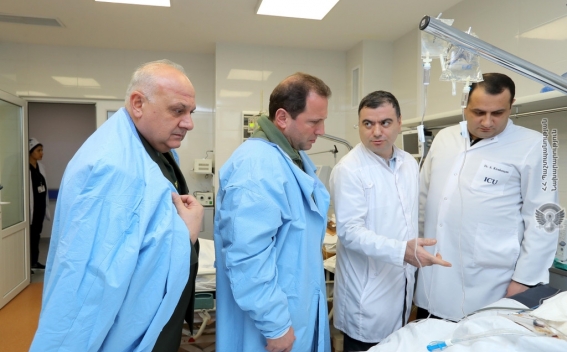 Tonoyan also met with the parents of Rafael Azizyan and assured the doctors are doing everything for the recovery of the officer.