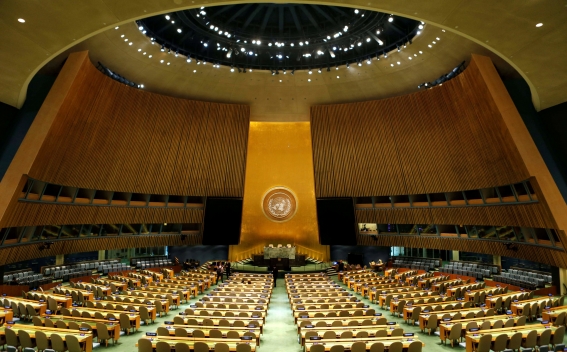 Representatives of 19 countries voted against the resolution of the UN General Assembly calling on Russia to withdraw its troops from the Crimean peninsula, News.am reports.

UN General Assembly has adopted the Ukrainian resolution on the militarization of Crimea and Sevastopol, as well as parts of the Black and Azov Seas.