Will the US House of Representatives Succeed in Ousting Trump from Office? 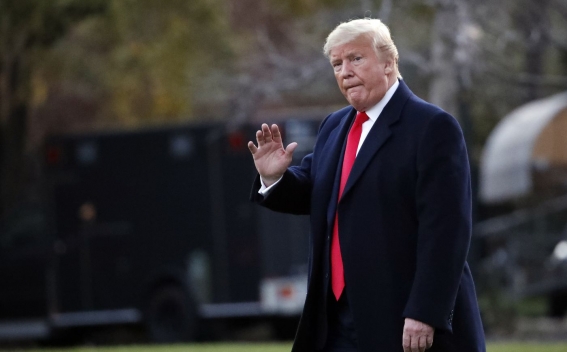 The House Judiciary Committee voted 23-17 on Friday the 13th to impeach Mr. Trump on two counts: for abusing his power and for obstructing Congress. All Democrats and no Republicans voted in favor of impeachment.

The first article revealed by committee chief Jerry Nadler accuses Trump of abuse of power and the second accuses him of obstructing Congress.

In other words, the first charge relates to his dealings in Ukraine. He is accused of withholding U.S. military aid and a White House visit from Ukraine unless its president announced two investigations that would benefit his reelection campaign: one into Burisma, a Ukrainian company that employed the son of Mr. Trump's 2020 rival, Joe Biden, and another into unfounded claims that Ukraine interfered in the 2016 election to help Mr. Trump's opponent, Hillary Clinton.

The second charge relates to his response to the impeachment inquiry.  Trump blocked evidence from being released and witnesses from testifying to Congress. He argues that his senior advisers have "absolute immunity" from congressional subpoenas - a claim a federal judge recently refuted, CBC News reports.

It should be noted that at the end of November, the committee also published a 300-page report on US President's  "crimes and violations of law'' which according to them provides sufficient grounds for announcing impeachment and ousting Trump from office.

But it is not realistic to say that Democrats will succeed in ousting Trump from his office. First, impeachment does not mean the automat resignation of the president. According to the US constitution, if the House of Representatives votes to pass articles of impeachment, the Senate is forced to hold a trial. A Senate vote requires a two-thirds majority to convict and remove the president - unlikely in this case, given that Trump's party controls the chamber, BBC reports.

It is noteworthy to mention that members of the US House of Representatives are well aware of this.

They have even stated in recent months that they do not want the mandatory resignation of the head of state, but merely follow the rules set forth in the country's constitution. Therefore, it can be said that with this move the Democrats are just trying to gain some dividends on the eve of the US presidential election in 2020, including trying to win over Trump's voters.