Trump's Meeting with Lavrov "Important' But Not a Sign of Thaw in US-Russia Relations, Kremlin Says 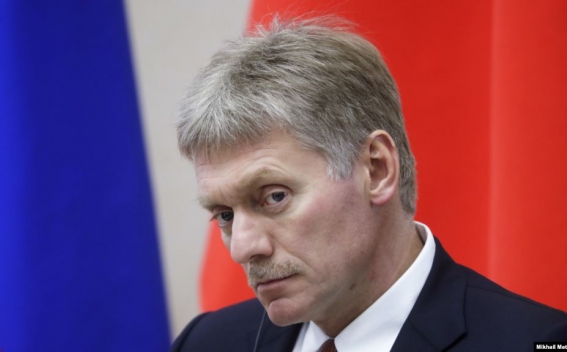 The meeting between Russian Foreign Minister Sergei Lavrov and US President Donald Trump on Tuesday was an "important moment," but does not signal a thaw in relations between the two countries, Kremlin spokesman Dmitry Peskov said Wednesday, CNN reports.

"Of course this is an important moment -- the very fact that the Russian minister was received by the US President is an important point, of course," Peskov said when asked in a conference call to comment on the meeting.
"It's another matter that thus far we can't talk about any positive shifts in our bilateral relations, but such contacts are important."
Peskov's comments come after Trump met Lavrov in Washington on Tuesday -- the same day Democrats in Congress unveiled articles of impeachment against the President.
The meeting -- their second in the Oval Office -- focused on an arms control deal that includes China, the denuclearization of North Korea, Iran's nuclear program and trade.
During their first meeting, Trump boasted about firing his FBI director and revealed classified information. The session also came to illustrate Trump's unusual affinity for Russia, which has been criticized by Democrats, given Moscow's attempts to help him win the 2016 election.
Trump praised Tuesday's meeting as "very good." His tweet made no mention of Russia's war with Ukraine, but it did say he and Lavrov had discussed "election meddling."
However, later at a news conference at the Russian embassy, the diplomat wouldn't answer directly when asked about the White House claim that Trump had warned him about Russia interfering in the 2020 elections.
When asked if impeachment had come up, Lavrov said that he had "already responded and I said which topics were covered and as I said we did not talk about anything else."
Lavrov was also asked asked whether it was a coincidence that Trump met with him on the day the House unveiled the articles of impeachment, to which he replied: "I do not know." ​
He added, "Honestly, I was not interested in that."
Հայերեն На русском