Despite the Difference in Positions of the Parties, Mutual Understanding on the Karabakh Conflict Can Be Found: Zakharova 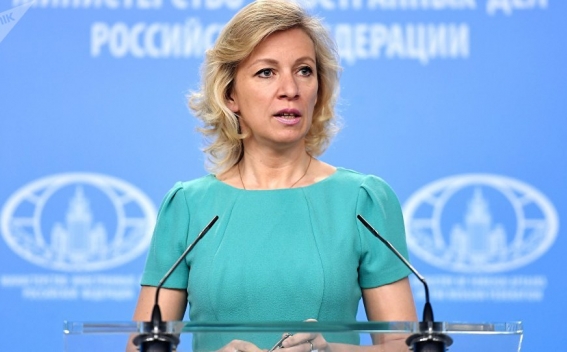 Despite the difference in the positions of the parties, mutual understanding on the Karabakh conflict can be found, Russian MFA spokesperson Maria Zakharova told reporters, News.am reports.

According to her, the fact that the positions of the sides are different is obvious, otherwise there would be no negotiation process.

Russia, as an intermediary country, will do its best to continue this dialogue to resolve a long-standing conflict, she said adding that there were already examples of dialogue in some areas.

''Despite the difference in positions and the marked red lines in the areas in which mutual understanding was achieved. We are talking about the exchange of groups of journalists, and it is a great example. The role of intermediaries here was constructive,'' she said.