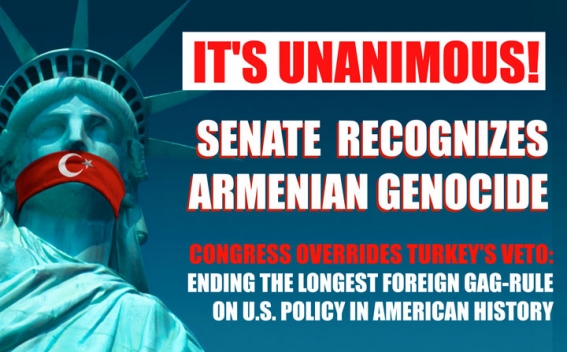 The U.S. Senate approves unanimous consent request on the adoption of S.Res.150 recognizing the Armenian Genocide.

Senators Robert Menendez and Ted Cruz presented the resolution for the fourth time, and this time it was not objected by any of the senators. Earlier attempts were blocked by the Senators at the request of the White House.

In October the House adopted resolution recognizing the Armenian Genocide.