Language of Threats Not Work in Armenia and Artsakh’s Case: Anna Naghdalyan 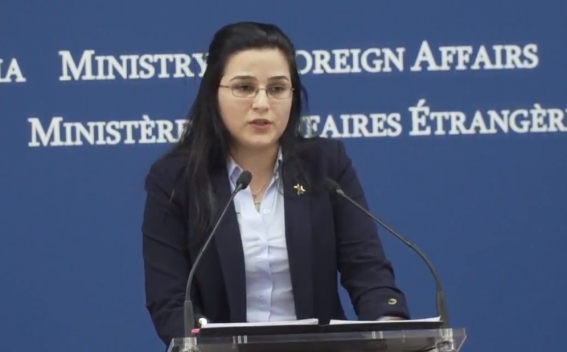 Armenia has clearly presented its position over Nagorno Karabakh conflict settlement with Armenia’s FM having clearly stated in Bratislava that the basis of the resolution is the recognition of the right of Artsakh people to self-determination, Armenia’s MFA spokesperson Anna Naghdalyan said at the briefing today, referring to Azerbaijani minister’s interview.

“All those proposals which do not ensure the implementation of self-determination right of Artsakh people cannot be acceptable for Armenia,” she said.

Naghdalyan also stressed that with its policy of Armeniaphobia lasting for already 30 years Azerbaijan in no case may ensure the security of the people of Artsakh.

She confirmed Armenia’s position that the security of Artsakh is not subjected to compromise.

“The Azerbaijani side either has some issues with perceptions or just does not want to understand,” Naghdalyan said, adding that the language of threats will not work in Armenia and Artsakh's case.

As to a concrete document being discussed on the table of negotiations, the MFA spokesperson said that the Armenian side has many times stated that no document is being discussed currently.