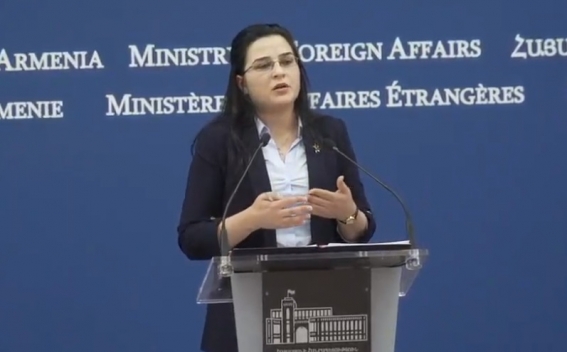 Armenia’s Ministry of Foreign Affairs claims that in the current phase no document is being discussed at the negotiations over peaceful settlement of the Nagonor Karabakh conflict, Aysor.am reports.

"Currently no document is being discussed," spokesperson Anna Naghdalyan said.

Referring to the interview of the Azerbaijani foreign minister Elmar Mammadyraov, the spokesperson said, "I would not like to think that it was a technical mistake by them, as it is not clear what Mr Mammadyarov was talking about."

In the interview the Azerbaijani minister said that at the negotiations together with the Armenian counterpart they are discussing "concrete and real moments."

"During the negotiations the Armenian side received different documents, the last of which was "Lavrov’s plan,"," Mammadyarov said.