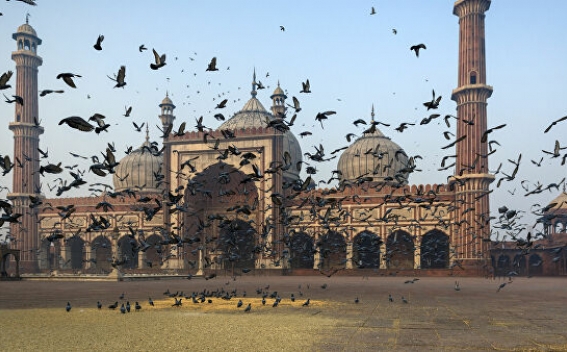 Rumsha,19, was getting ready for her evening prayers when she heard students asking her to get inside reading hall of Dr Zakir Hussain Library of Jamia Millia Islamia. Police had barged in the campus, they told her.

She came running out of the campus, without any slippers, tears streaming down her face, and tripping on the stones and bricks littered outside gate no. 7 of the campus. She was shaking.

"We got inside the reading hall and switched off the lights so that they wouldn’t see us. But police broke open the doors, barged in and brutally beat up students before dragging them out," she said.

Students said at least 70 students were injured in the clashes that ensued on Sunday after protests against the Citizenship Amendment Act and the possibility of a nationwide National Register of Citizens (NRC) exercise took a violent turn with buses and vehicles being torched after police lathicharged protesters at around 5pm Sunday, Hindustan Times reports.

Zia-ur-Rahman, 14, who had come to Delhi to prepare for entrance exams to Jamia school, was among those injured. "We were protesting for our rights and were marching peacefully when police suddenly started the lathicharge. Our throats were burning because of the tear gas. We requested them not to beat us but they didn’t listen," he said.

Rahman had fractured his hand and was among the 25 students taken to Holy Family hospital for treatment.

Hospital authorities confirmed that one person had arrived with a gunshot wound but that it was "not very serious", and said that most injuries were bruises and lacerations. "Only three people have been admitted of which two are from police and one is a local person. They suffered head injuries but are stable," said a hospital official.
На русском