Trump is Impeached Following Vote in House of Representatives 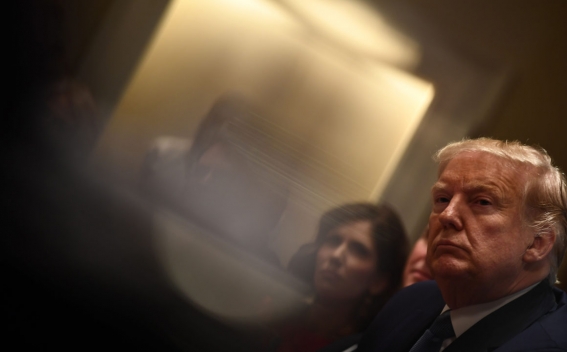 Today, Donald Trump became the third president in US history to be impeached. Here’s a recap:

After a full day of debate, the House approved two articles of impeachment charging Trump with abuse of power and obstruction of Congress, The Guardian reports.

Members voted overwhelmingly along party lines, with three Democrats opposing one or both articles, and one, 2020 candidate Tusli Gabbard, voting "present".

While announcing the result, House Speaker Nancy Pelosi, who has cast the impeachment as a sad, solemn occasion, shut down applause from Democrats.

Afterward, Pelosi evaded questions about when she will hand the articles of impeachment over to the Senate, indicating that wants to first make sure that the Senate will hold a "fair" trial.

Leader Mitch McConnell said he will address the impeachment on the Senate floor tomorrow.

As members of the House voted to impeach him, Donald Trump carried on speaking at a campaign rally in Michigan. The moment offered a surreal split screen.

As impeachment was being debated, an appeals court delivered a long-awaited ruling on the Affordable Care Act. The court said that the "individual mandate" provision of Obamacare was unconstitutional while punting a broader decision on whether the entire law was valid.