Russian Sanctions Bill 'from Hell' by US Congress: Why Is it Dangerous? 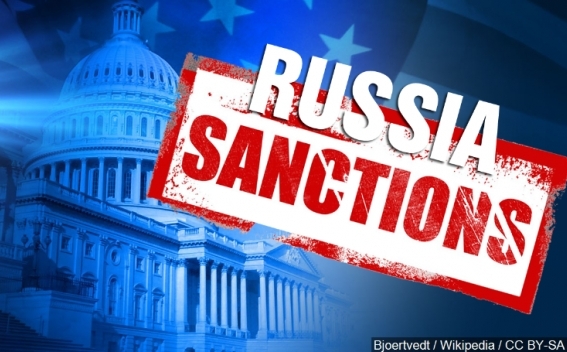 The Senate Foreign Relations Committee on Wednesday voted to approve ''the Defending American Security from Kremlin Aggression Act'' (DASKA), which will impose wide-ranging sanctions on Russia.

One of the authors of the bill, Republican Senator Lindsey Graham dubbed DASKA the sanctions bill "from hell" because it would impose strict and broad penalties. The legislation must pass the full Senate and House of Representatives before it can be sent for President Donald Trump to sign into law or veto.

First introduced in 2018, DASKA caused quite a stir in Russia.  It was introduced by two Republican and three Democratic senators, including Republican Senator Lindsey Graham and Bob Menendez, the top Democrat on the foreign relations panel.

An early version of the DASKA bill, published on the Congress website, is now available for analysis. However, as Russian media reports, the co-authors of the bill made several key amendments and the committee voted for the bill with the new changes.  But what the changes are about, it's not clear yet.

The preliminary version of the bill also highlights that the US administration should commit to preparing a number of reports on official Moscow.  In particular, the bill obliges the US government to prepare the second edition of the ''Kremlin Report'' (on businesses and state-owned enterprises), as well as reports on individuals who have been involved in activities that have undermined cybersecurity of other countries in the interests of Russia since August 2017. It also emphasized in the document that the administration, in coordination with the Director of National Intelligence, shall submit to the appropriate congressional committees and leadership a report detailing the circumstances of the assassination on February 27, 2015, of Russian opposition leader Boris Nemtsov.

The toughest and most painful for the Russian economy in this bill, according to experts, are sanctions against Russian government bonds, as any deal with long-term bonds is banned.

As RBK reports, the document has already been sent to the Senate for approval. But as ''The Daily Beast'' has learned, the Trump administration is quietly fighting the new package of sanctions on Russia.  A Trump State Department official sent a 22-page letter to a top Senate chairman making a wide-ranging case against a new sanctions bill. The administration’s letter says it "strongly opposes" the bill unless it goes through a ton of changes. It argues the legislation is unnecessary and that it would harm America’s European allies–potentially fracturing transatlantic support for current U.S. sanctions on Russia. The bill "risks crippling the global energy, commodities, financial, and other markets," the letter says, and would target "almost the entire range of foreign commercial activities with Russia."

As to Russia, it should be noted that Russian Minister of Finance Anton Siluanov said that Moscow has a 'Plan B' for such a case. "We can provide all clients with both rubles and dollars if necessary", he said.

In his turn, at his traditional annual news conference, Russia's President Vladimir Putin said that the Russia will reciprocate the new US sanctions that are introduced against the country. "Of course, this will affect the level of our interstate relations, of course. We know their approach, which is that the United States will work with us where it is interesting and profitable, and at the same time will hold back Russia with the help of decisions of this kind. But, knowing this too, we will mirror their actions that is all. There is nothing good about it, these are absolutely unfriendly acts against Russia," Putin added, TASS reports.