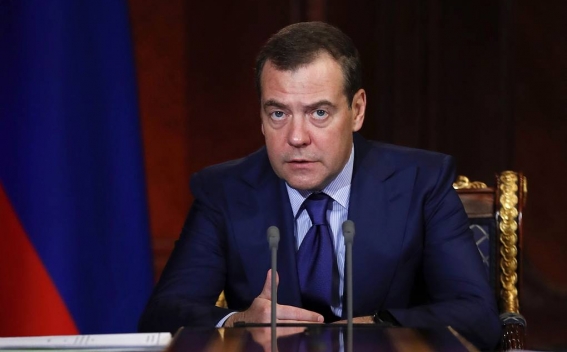 Russian Prime Minister Dmitry Medvedev said that Moscow is ready to consider mutual sanctions with Ukraine, but the initiative should come from Kiev.

"We always told them [the Ukrainian side]: if you want, we are even ready to consider the issue of sanctions bilaterally, but this requires some kind of initiative on your part, because it is you who introduced them first," Medvedev told reporters, answering a question from TASS.

Medvedev also drew attention to the fact that Russia remains for Ukraine "the largest market and largest trading partner."

Kiev began to impose sanctions on Moscow in the spring of 2014 due to the reunification of Crimea with Russia, as well as the outbreak of conflict in the Donbass. Russia retaliated and since then, the countries extended mutual restrictive measures several times.

Medvedev did not rule out the resumption of contacts with his Ukrainian counterpart in the future, but so far this is not planned.

"There are no [contacts] planned between the leaders of the governments of the Russian Federation and Ukraine," the head of the cabinet said.

He recalled that "the contacts have now been interrupted," and now the prime ministers are communicating neither by phone nor by correspondence. At the same time, he noted that some representatives of the Russian government, for example, Deputy Prime Minister Dmitry Kozak and Energy Minister Alexander Novak, have meetings with their Ukrainian colleagues.

"I do not rule out anything - they are welcome," Medvedev said about the possibility of resuming contacts at the level of prime ministers of the two countries.