Armenia's Constitutional Court Has Been Working under Unprecedented Pressure for the Last 6-7 Months: CC President 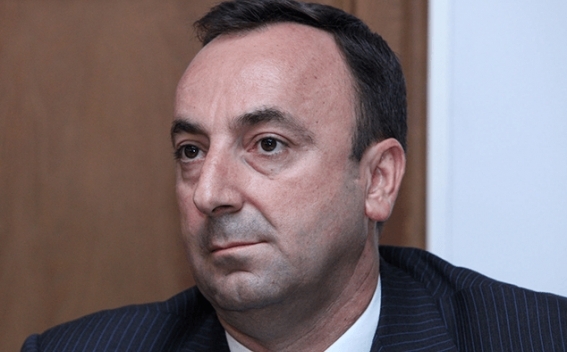 I refused to give any testimony. Hrayr Tovmasyan, President of the Constitutional Court (CC) of Armenia, stated this in a conversation with journalists today at the CC building, referring to his being interviewed by the Special Investigation Service (SIS) investigators, News.am reports.

"The investigator said he had never seen such a defendant in his life to be in such a mood," he said. “He didn't see for the very simple reason that one day he would be charged. I was warned about it six months ago that 'you will be charged one day for not doing the 'x', ' y ', 'z' steps.'

The 'x', ' y ', 'z' steps were to submit resignation. Putting this accusation (…) on has not changed and cannot change anything in my life. ”

He emphasized that the CC has been working under unprecedented pressure for the last 6-7 months. "But in that timeframe, the CC, glory and honor to all the [CC] judges, has worked without any obstacles."

As reported earlier, the SIS investigators were in the CC and were interviewing president Hrayr Tovmasyan of the CC, after which he was charged under the Criminal Code article on abuse of power which negligently caused grave consequences.