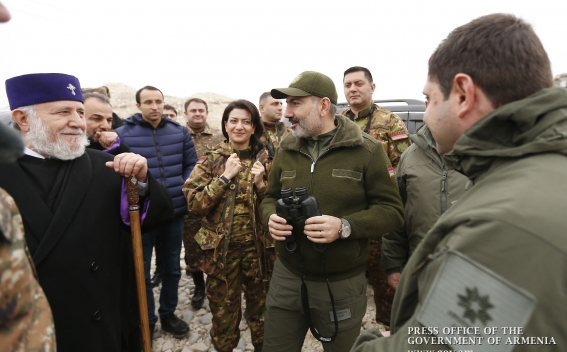 On the occasion of New Year and Christmas holidays, Prime Minister Nikol Pashinyan and his spouse Anna Hakobyan joined Supreme Patriarch and Catholicos of All Armenians, His Holiness Karekin II, Minister of Defense David Tonoyan and Minister of Territorial Administration and Infrastructure Suren Papikyan to visit a border defense stronghold and a military position.

The Head of Government was first introduced to the facilities ad resources in use under the modernized army command system. The Premier next met with on-duty soldiers and commanders, toured the combat position and was briefed on the situation on the frontline and the service conditions.

Prime Minister Pashinyan awarded a group of officers and soldiers for dedicated service and bravery. Nikol Pashinyan and Anna Hakobyan handed out presents and wished the troops good health and safe service. Congratulating the Armed Forces staff on the upcoming holidays, the Prime Minister extended his best wishes and thanked them for selfless service.

The Head of Government next visited military unit N of the Ministry of Defense to inspect the functioning of the newly introduced catering system. Nikol Pashinyan went to the canteen and asked the menu. Pleased with the new food supply arrangement, the servicemen stressed that it was largely different from the former system. 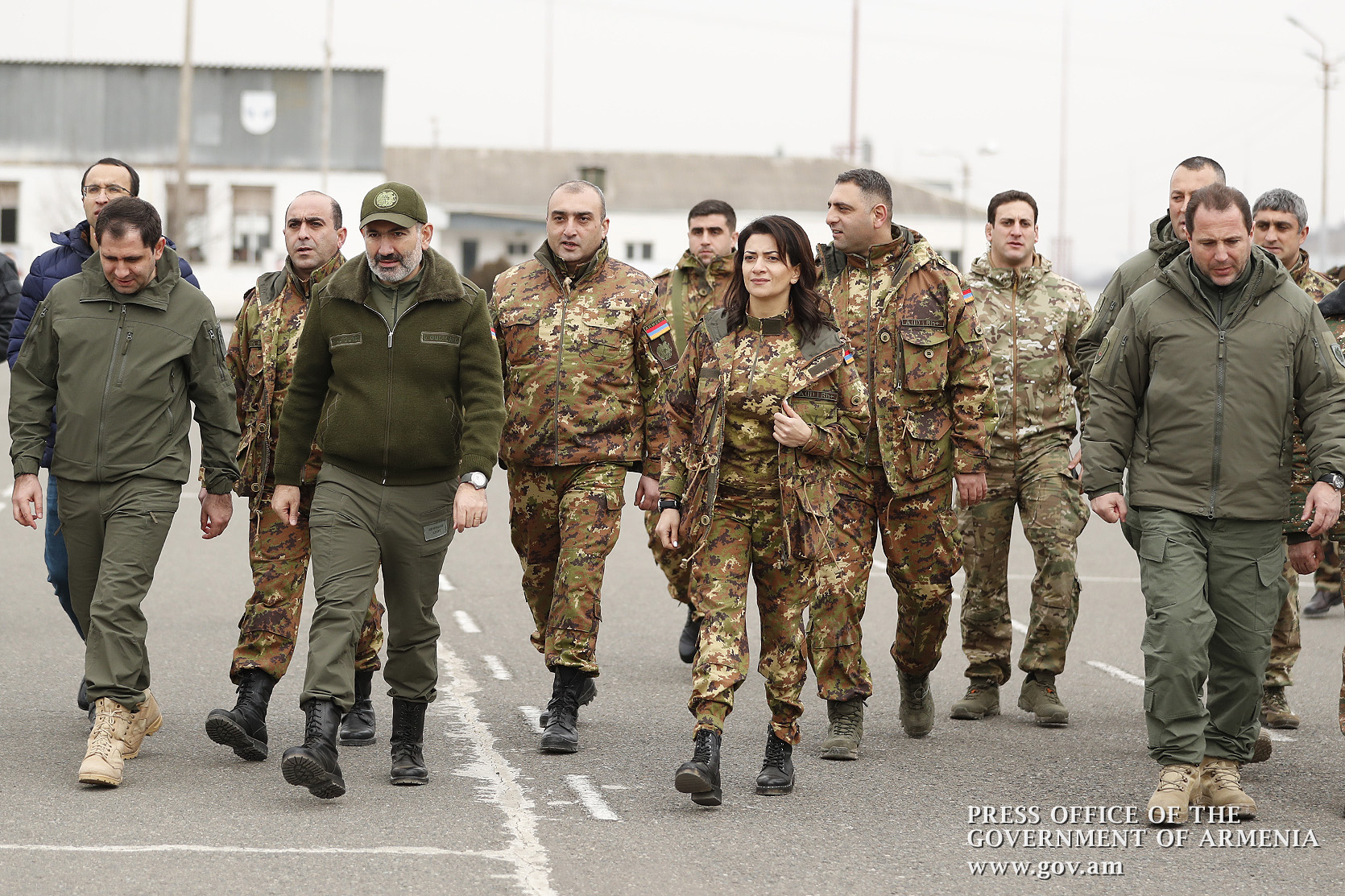 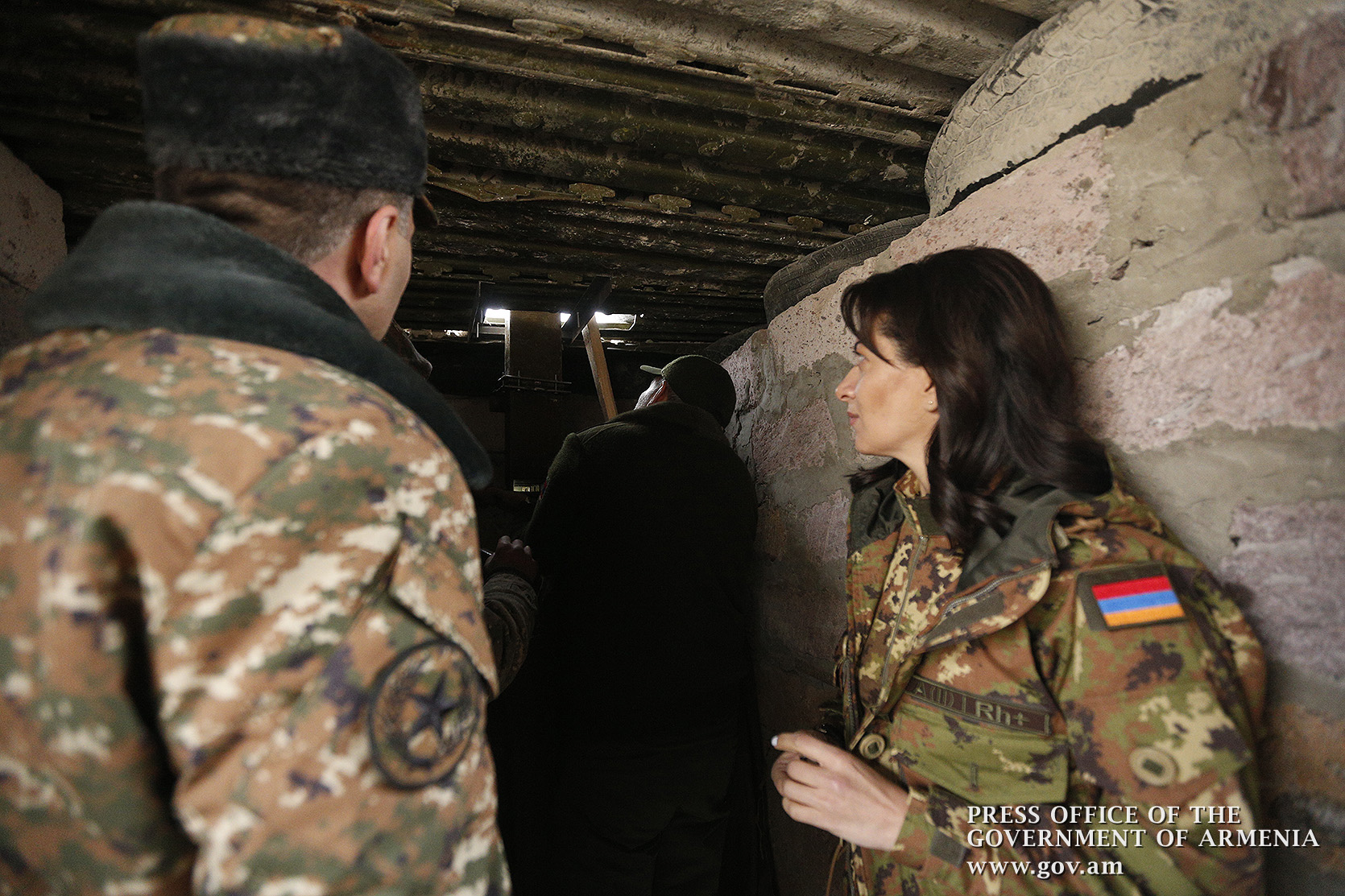 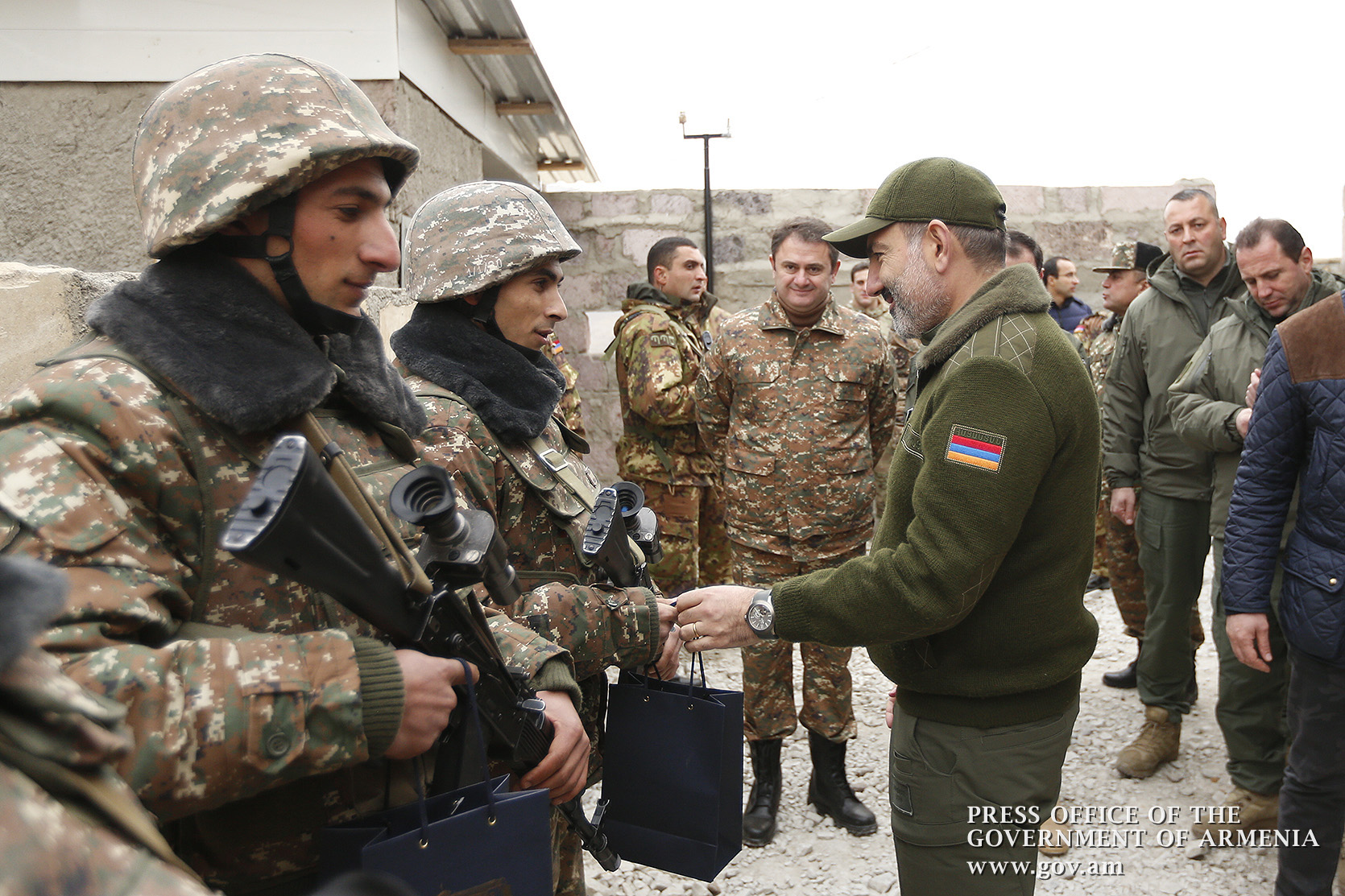 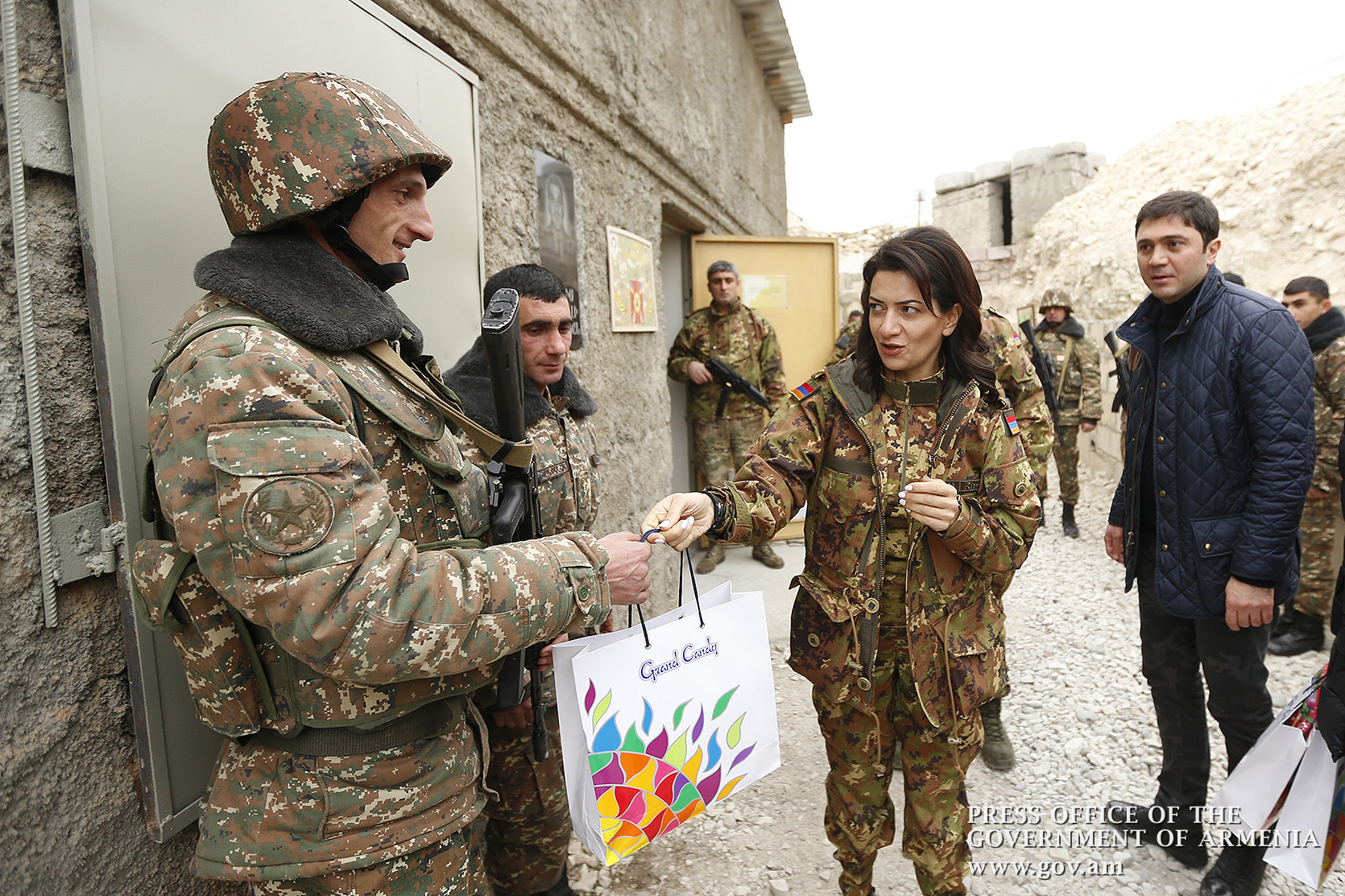 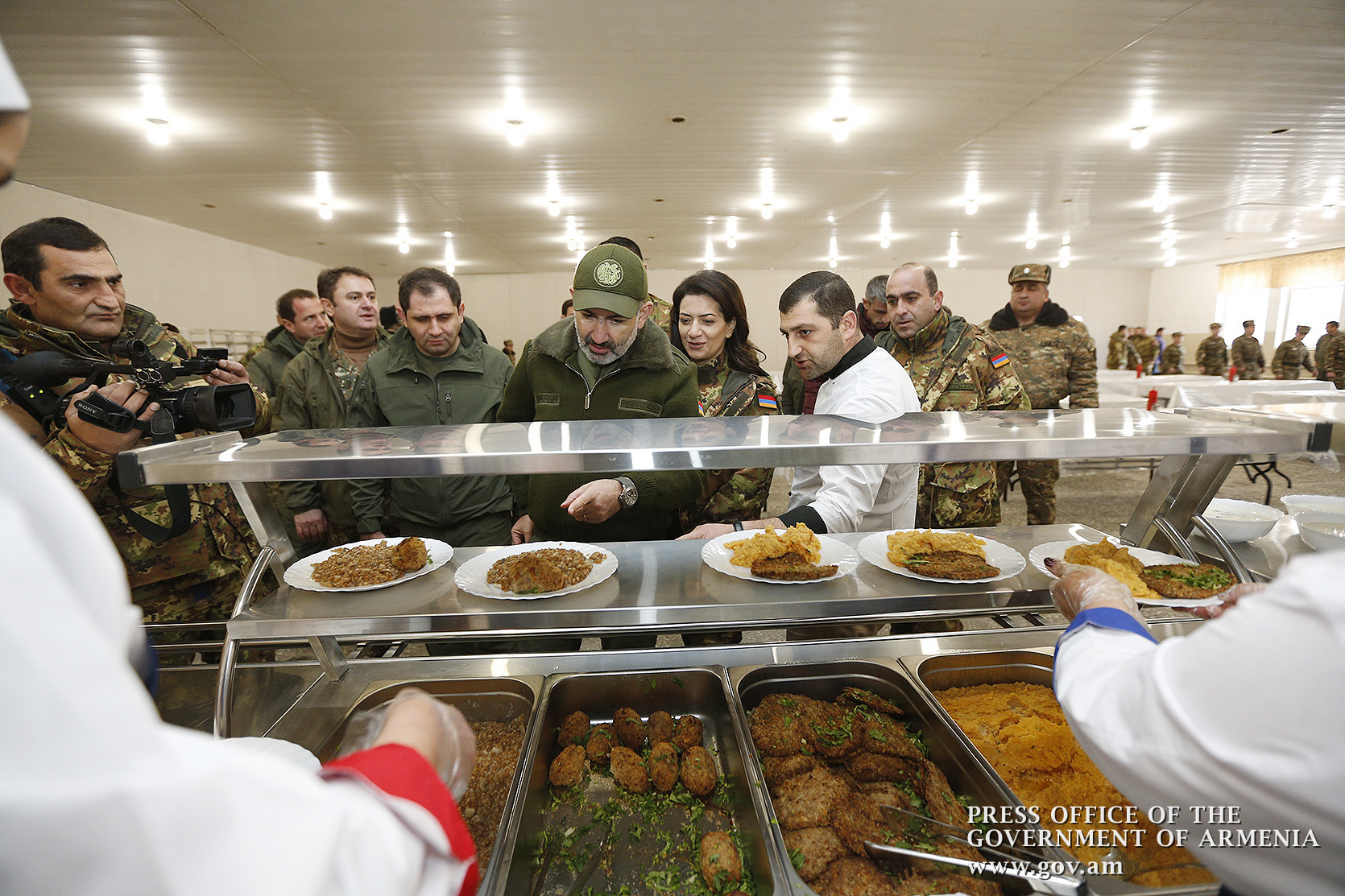 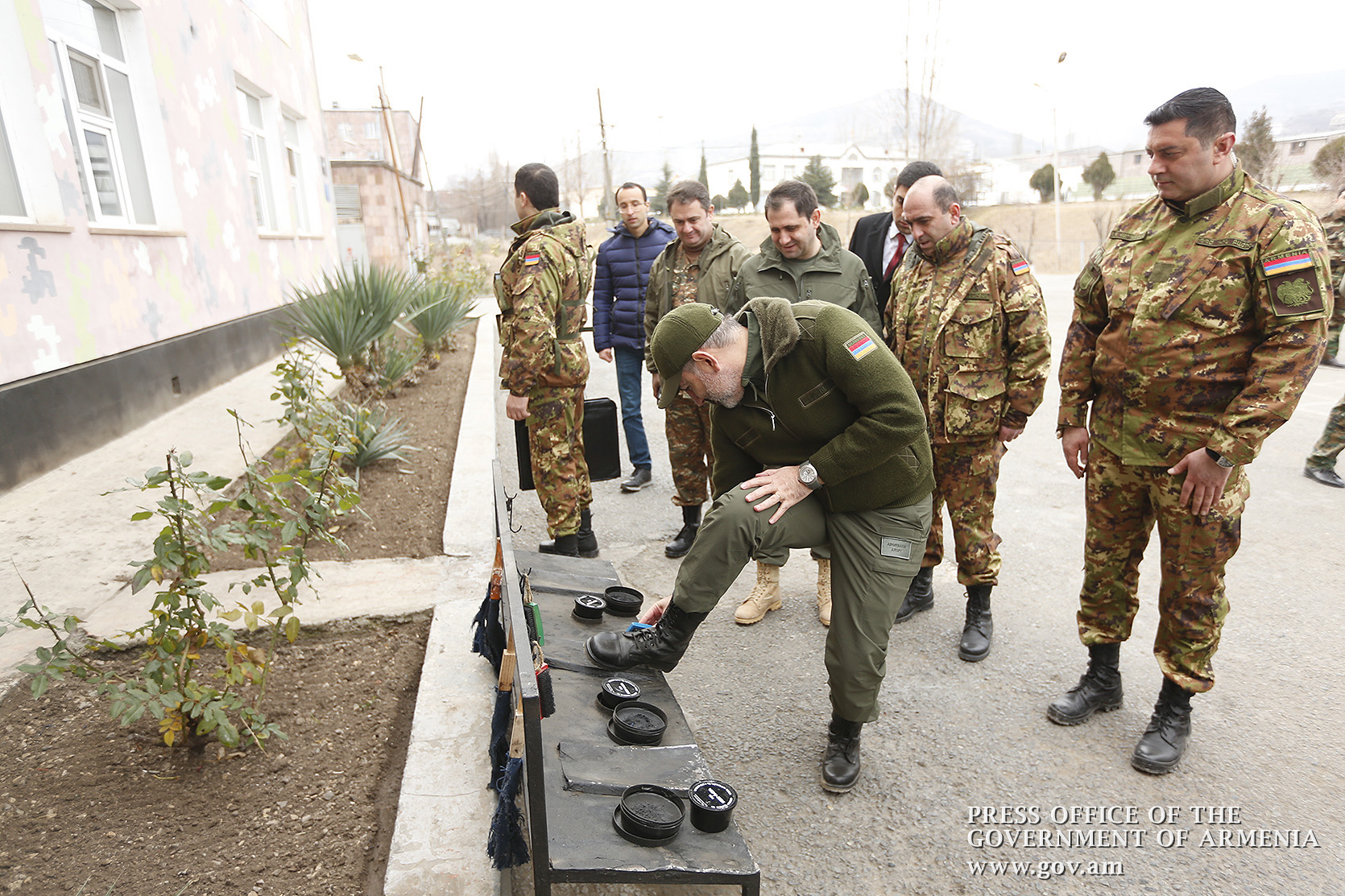 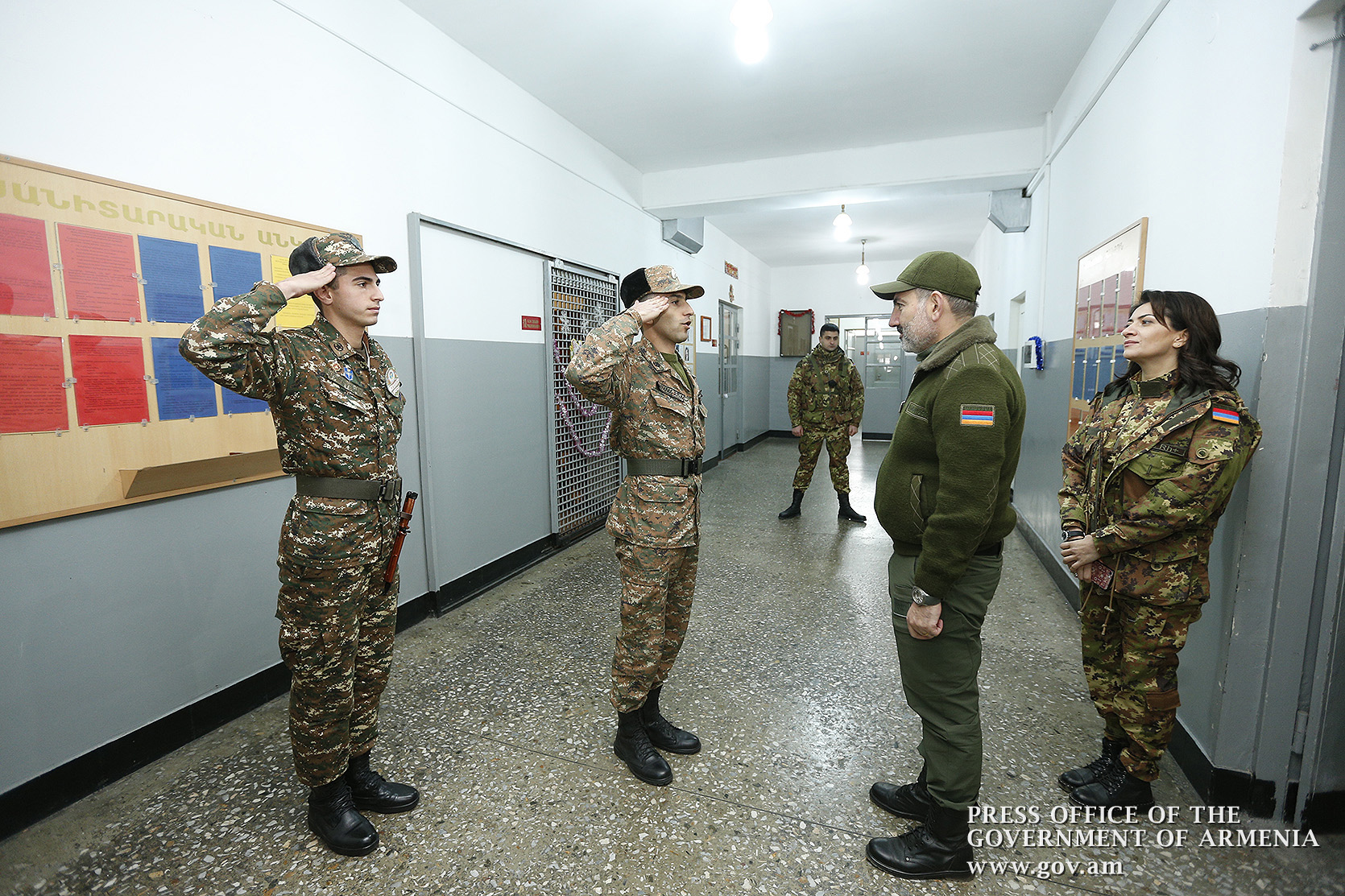 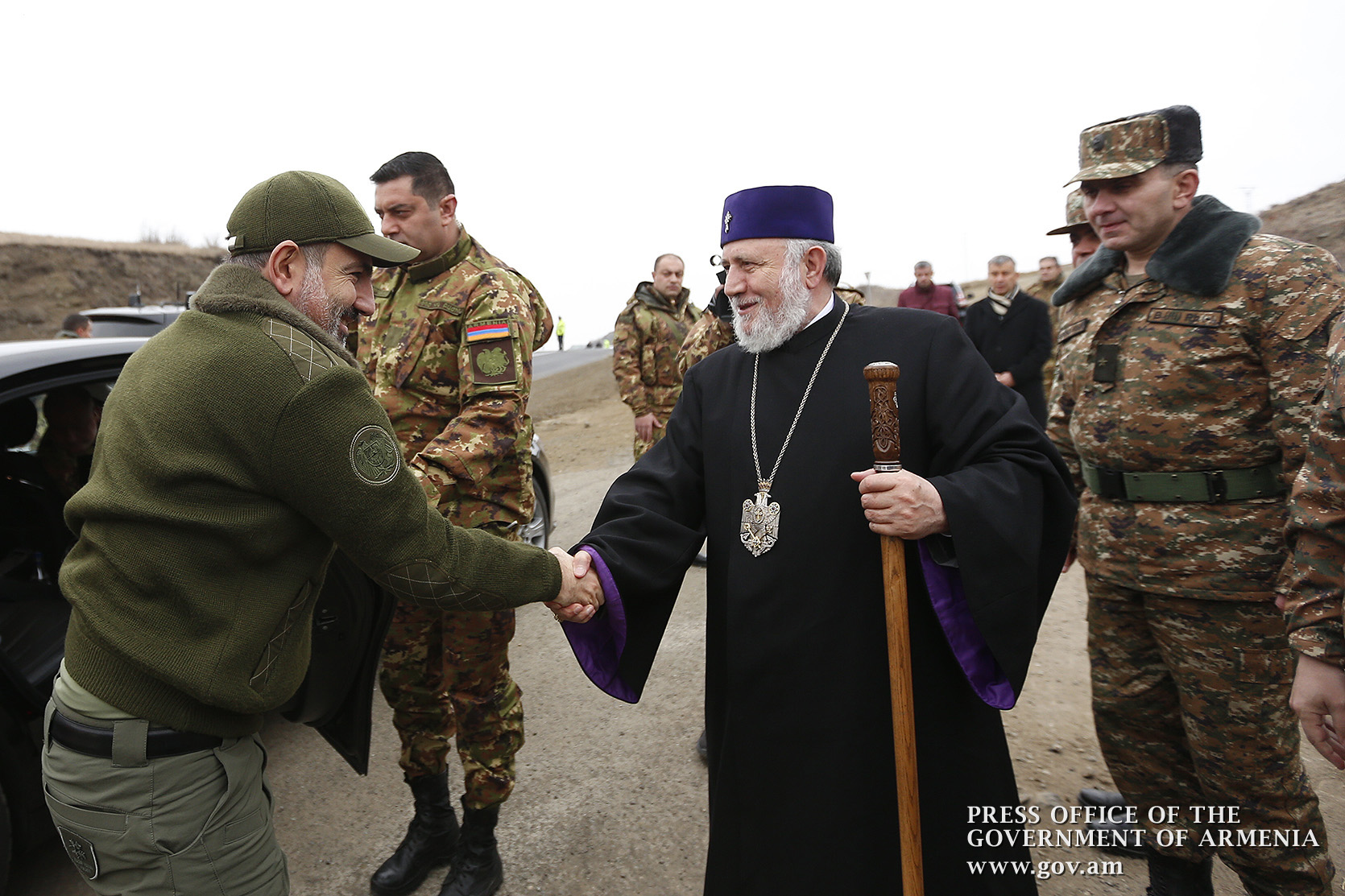 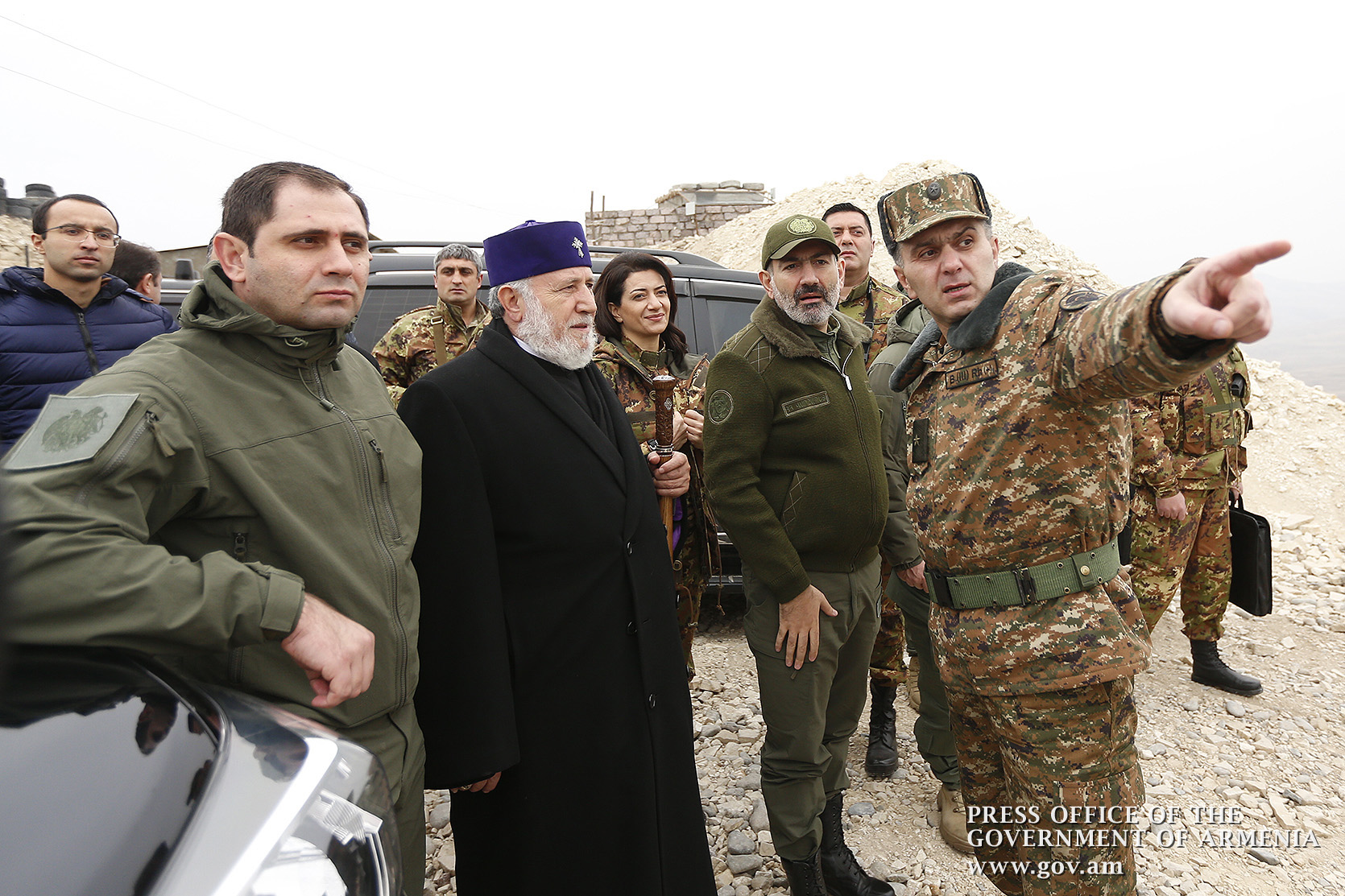 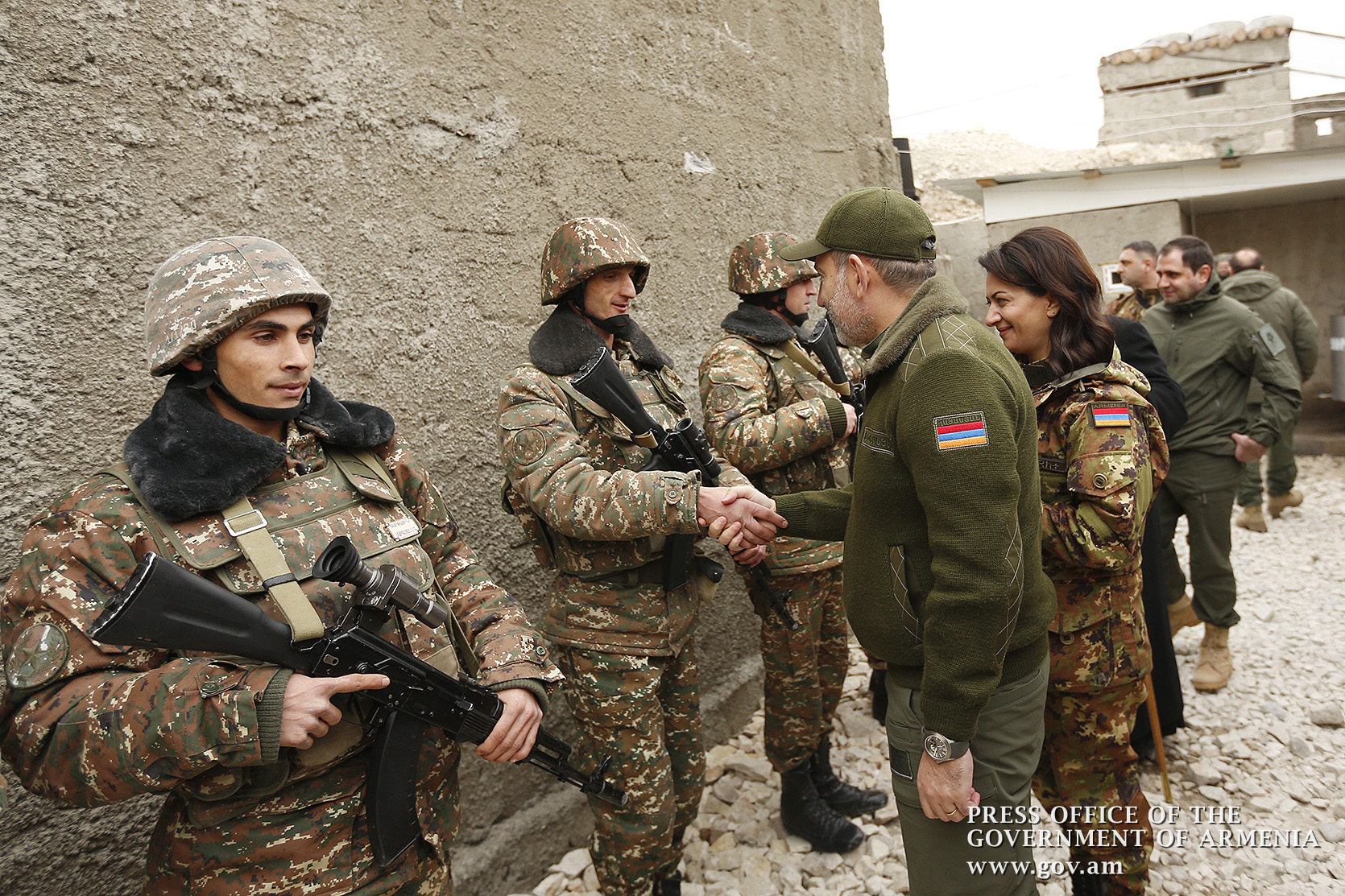