Prime Minister of Armenia Nikol Pashinyan addressed a congratulatory message to the Armenian people on the occasion of the New Year and Christmas.

I appeal to you live from the heart of Yerevan, the capital of the Republic of Armenia and the whole Armenian nation, from Republic Square, where we carried out a non-violent, velvet, popular revolution in the spring of 2018.

2019 was the first full year following the Revolution. In my December 31, 2018 message, I promised that by the end of 2019, we would have reached new heights, record new achievements, and, above all, our country’s social and economic life would have been improved. Now I am pleased to report that we have seen many visible, tangible and measurable results over the past year.

The citizens of the Republic of Armenia can see and feel the changes in our economy. During 2019, as many highways were repaired in Armenia as in 2015, 16, 17 altogether. Salaries of the military, rescuers, teachers, foresters, many health workers have increased, pensions, benefits and the minimum wage will be raised as of January 1, 2020.

We have implemented social programs: since 2003, the state had assumed a commitment to provide housing for 300 orphanage children, who will eventually get apartments. We are addressing the retired military’s housing needs: more than AMD 8 billion has been allocated to that end. 1.5 billion drams shall be earmarked to provide housing for 121 refugee families. No such project has ever been implemented in Armenia before.

I am pleased to state that Armenia has reached the lowest-ever poverty level. Our country’s foreign currency reserves have reached unprecedented volumes beyond the mark USD 2.8 billion. The state budget’s tax receipts were exceeded by over 100 billion drams in 2019.

The Armenian government is implementing many programs to help thousands of families overcome poverty and build prosperity through work. It is also important to note that about 84 thousand new jobs have appeared in Armenia since May 2018, the number of unemployed is decreasing sharply. What is more, there are thousands of vacancies in Armenia today.

The list of our achievements can go a long way. However, I am making this list not only to summarize 2019 but also to set our benchmarks for 2020.

We celebrate the New Year with high spirits, stronger self-confidence, and renewed faith in our own strengths and our future.

2020 is to be a year of nationwide mood, self-confidence and personalization of faith. In the New Year, even the skeptics will have confidence and enthusiasm for their own strengths and future, and we must give citizens strength and confidence to believe that they can succeed in education, career and entrepreneurship; that they can produce, get rich and enrich the country through fair, creative and literate work.

We have made extensive changes to the Tax Code to make 2020 an exceptional year for our citizens’ economic activity. Hundreds of millions of dollars have come to the Republic of Armenia after the Revolution,, and every citizen should think about what creative entrepreneurship project he can get from this national wealth and what share of national wealth he can create.

The time is high to materialize what seemed to be impossible in Armenia. In 2018, very few people believed in the non-violent velvet popular revolution and in 2019 very few believed that we could boast economic achievements of global relevance. 2020 will be a year of Armenia’s economic, political, social and psychological flight as evidenced by this revolutionary, crowded and passionate Republic Square.

This year we turned the shameful page of the so-called “80s’ weapons.” Just a few days ago Armenia acquired multifunctional and multipurpose military aircraft and we will have a fleet of fighter jets. We acquired modern TOR-M2 KM anti-aircraft and missile defense systems.

I should reiterate that we need these modern weapons for peace, not war. And our peace is being secured today, right now, by the soldiers, officers, and the generals who are standing at the border. I would like to convey special greetings to them from this festive podium, and thank them for protecting us.

I would also like to say that the introduction of a new system of providing high quality food to the soldiers has started and is moving forward with great enthusiasm among the soldiers, their parents and the public at large. We intend to introduce the proposed catering system in all military units by the end of 2020 that will help improve our soldiers’ daily life.

I extend special greetings to the officers of the Armenian Police, National Security Service, Ministry of Emergency Situations, and Ministry of Justice who are spending the last minutes of the outgoing year in service to provide for the security of our country and people. I am greeting those working in healthcare, energy, transportation, public catering institutions, and all those who will see in the New Year at work.

Please smile, dear compatriots, for the New Year is approaching.

And therefore:
Long live freedom!
Long live the Republic of Armenia!
Long live our children and we, as we live and will continue to live in a free and happy Armenia!" 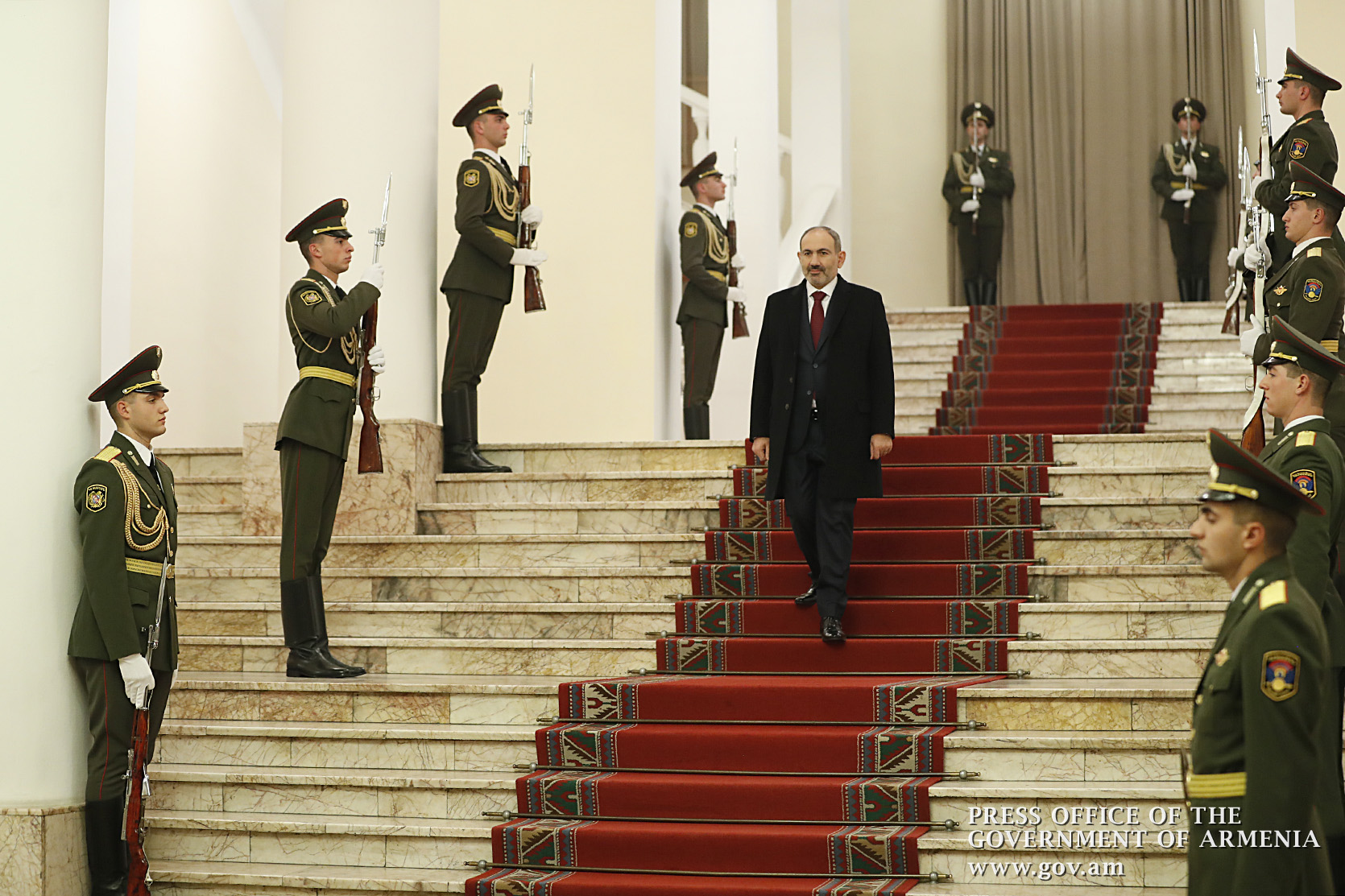 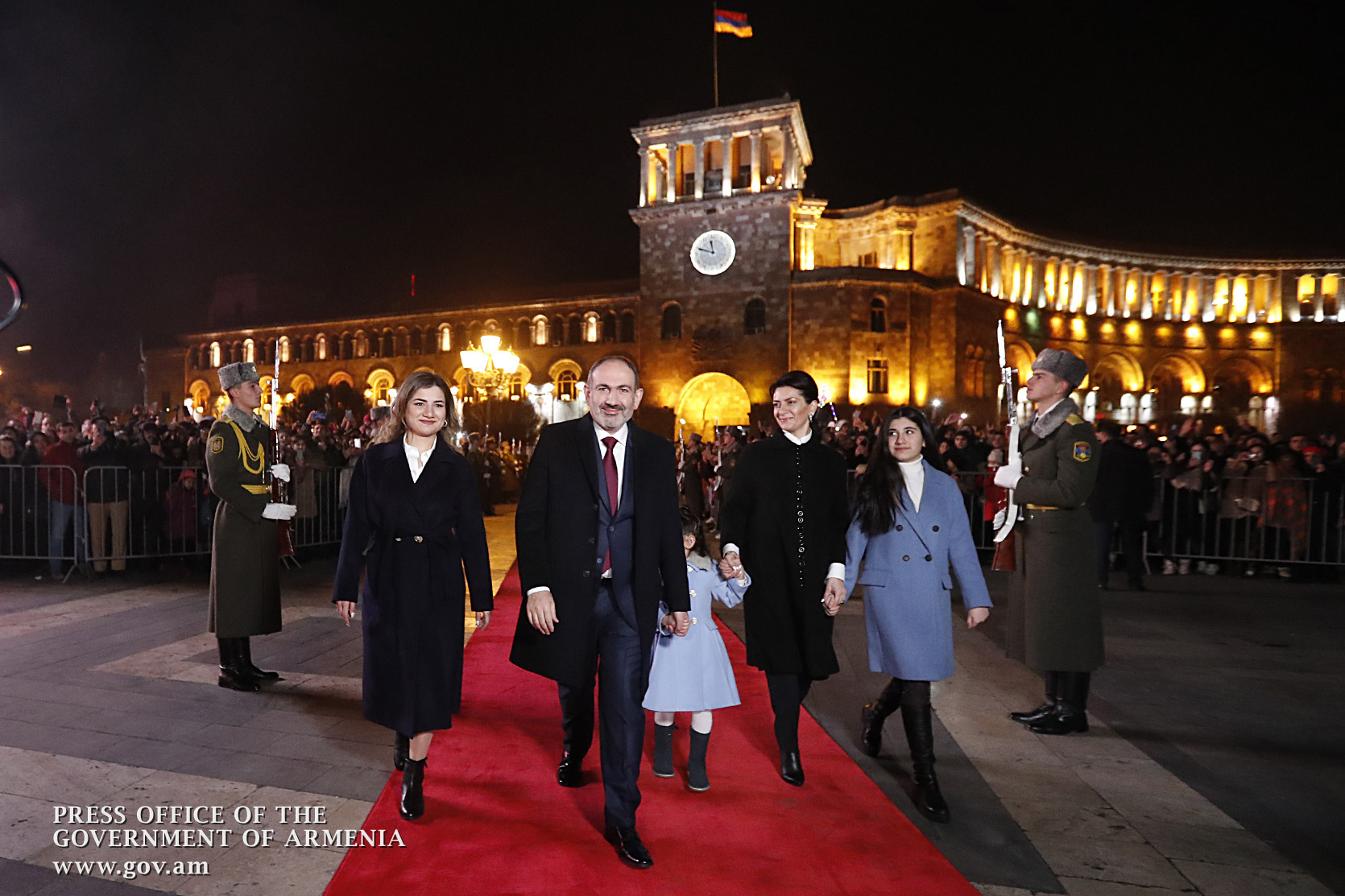 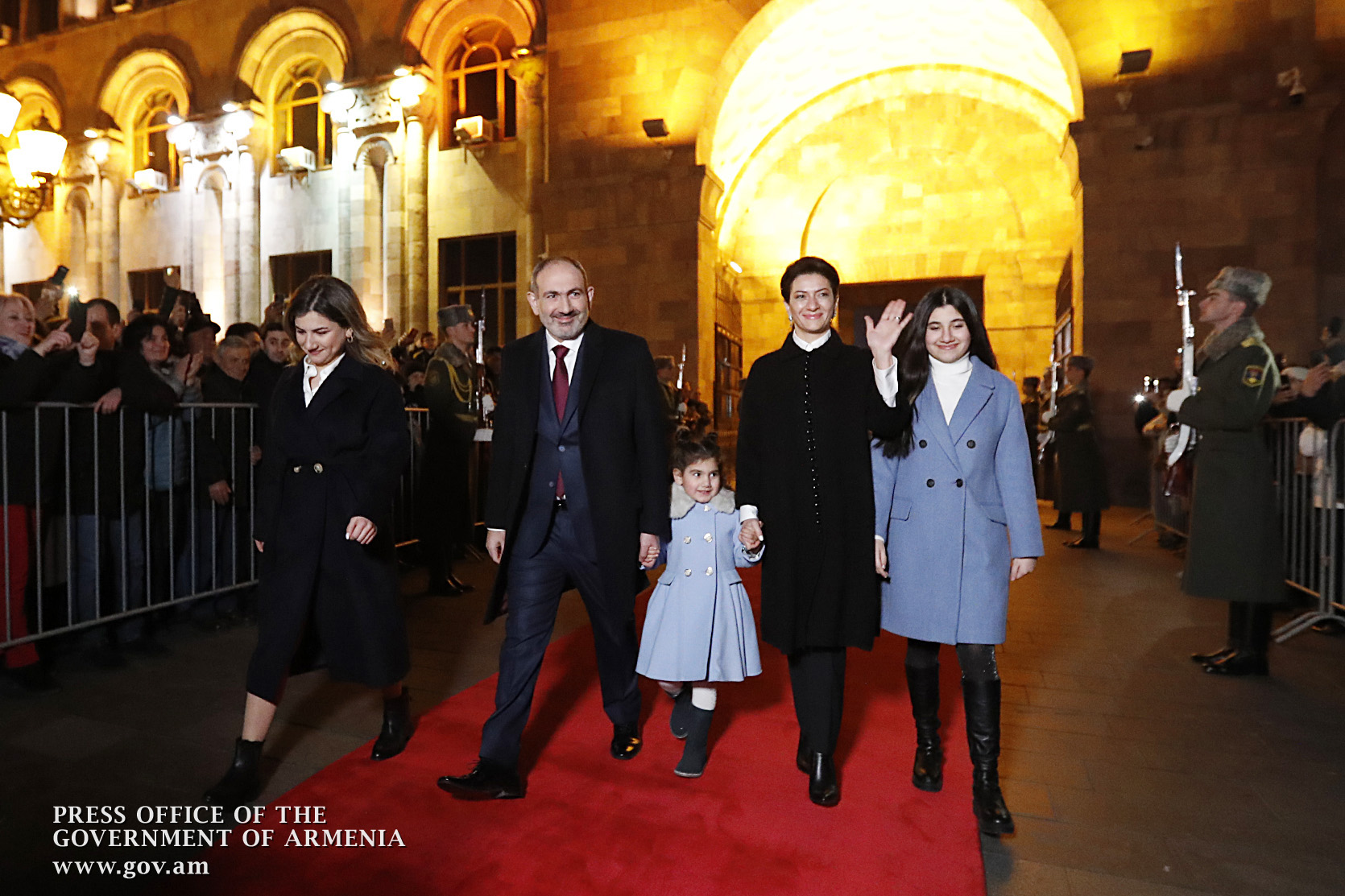 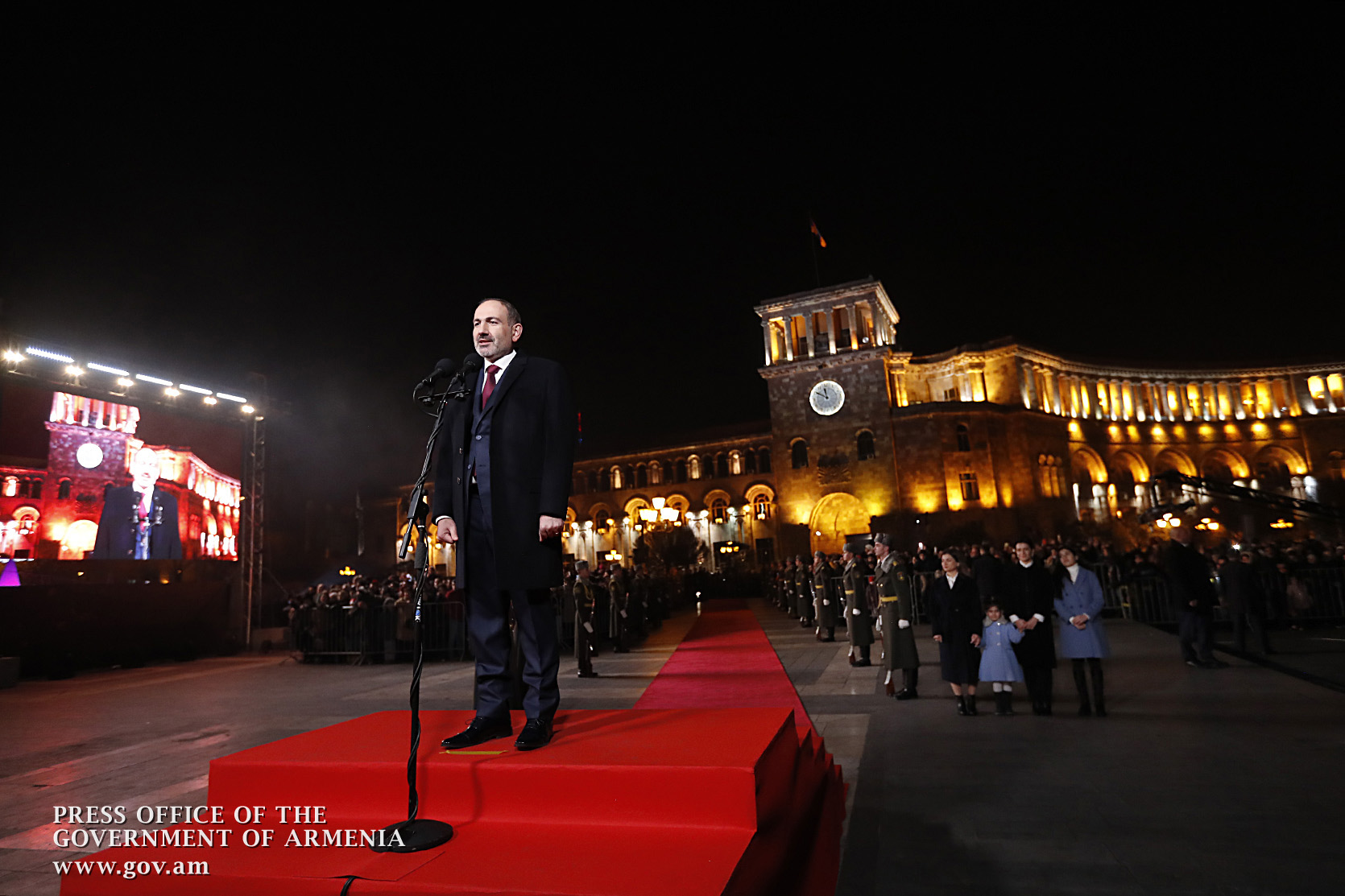 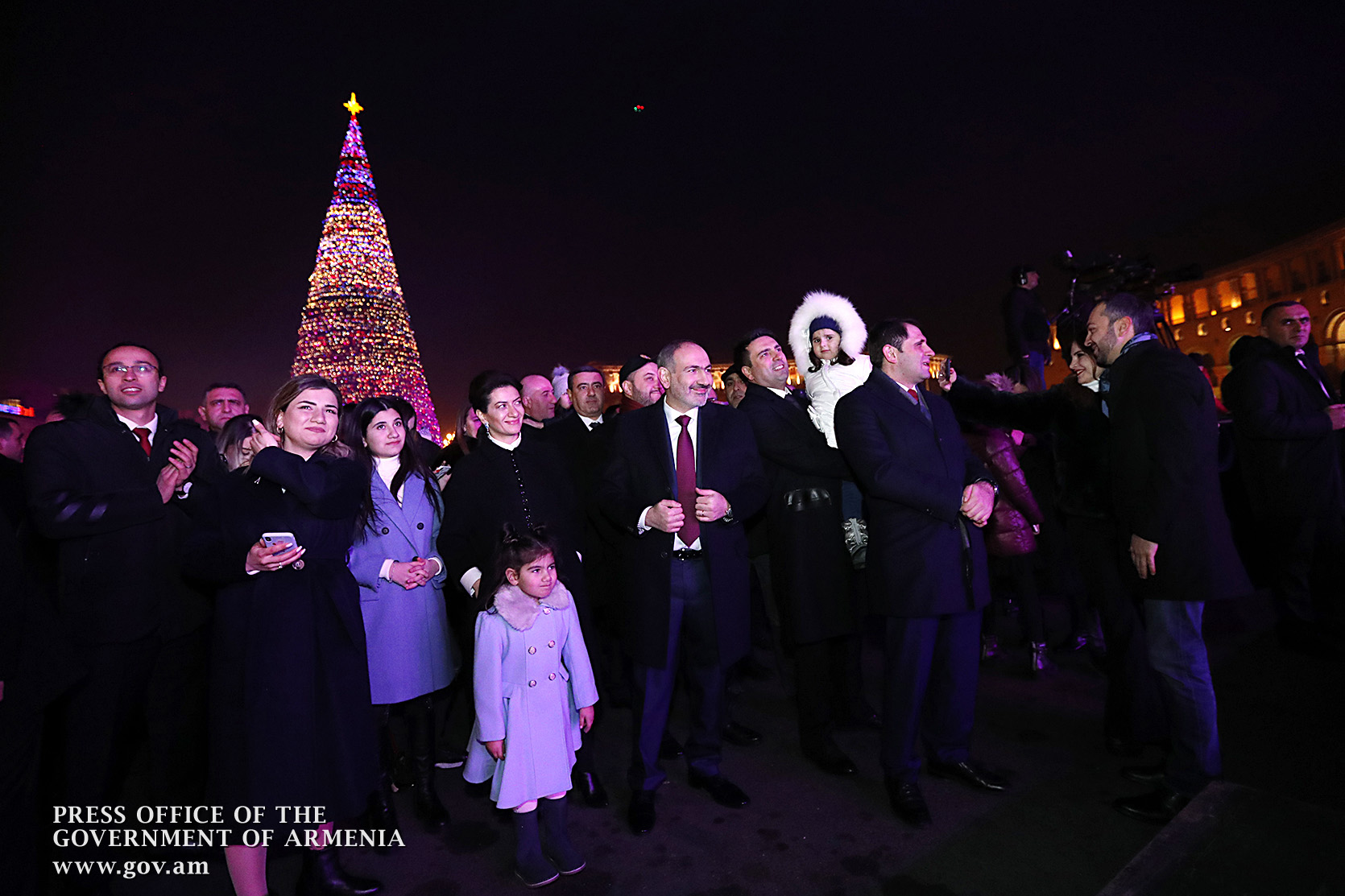 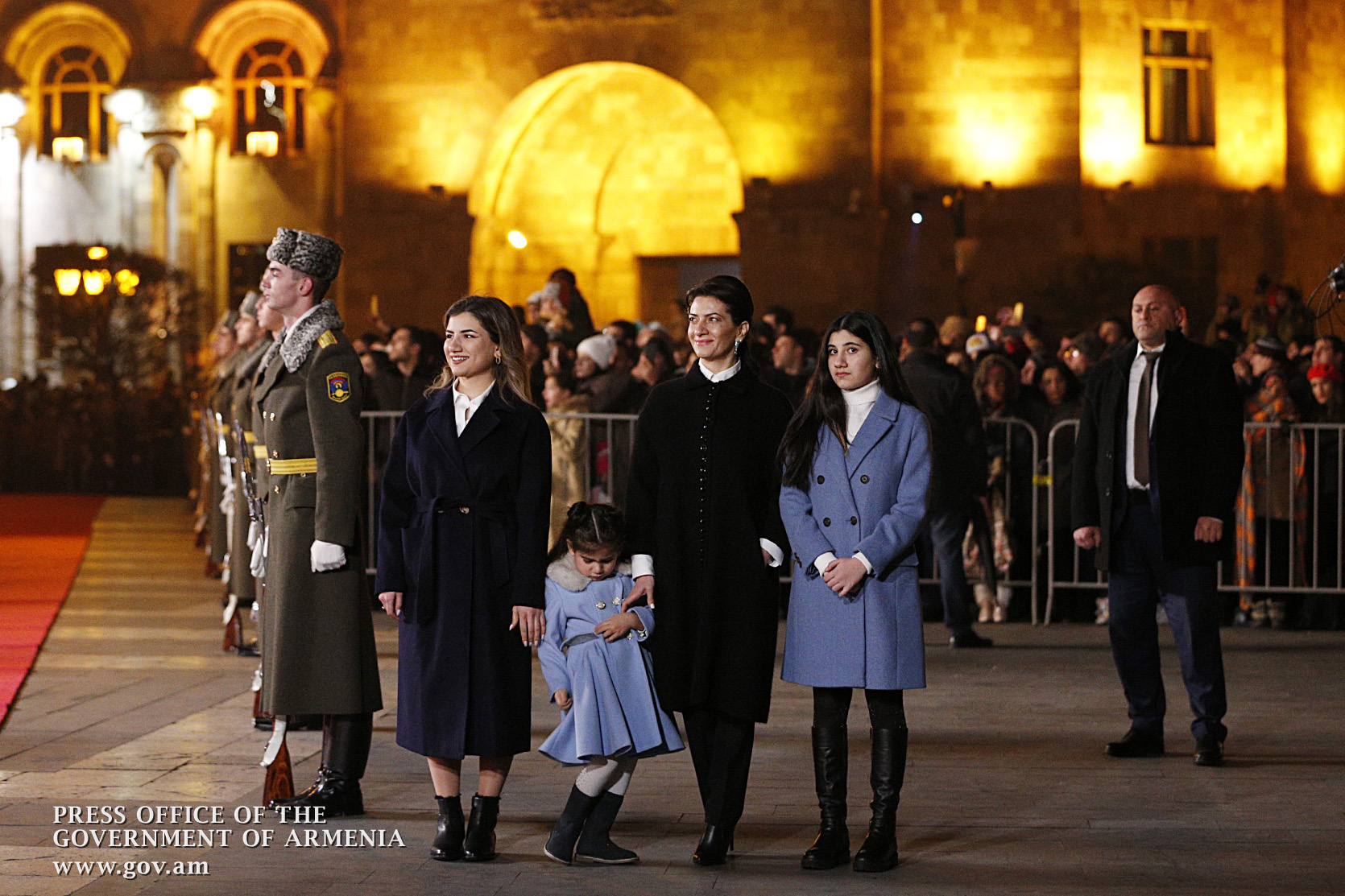 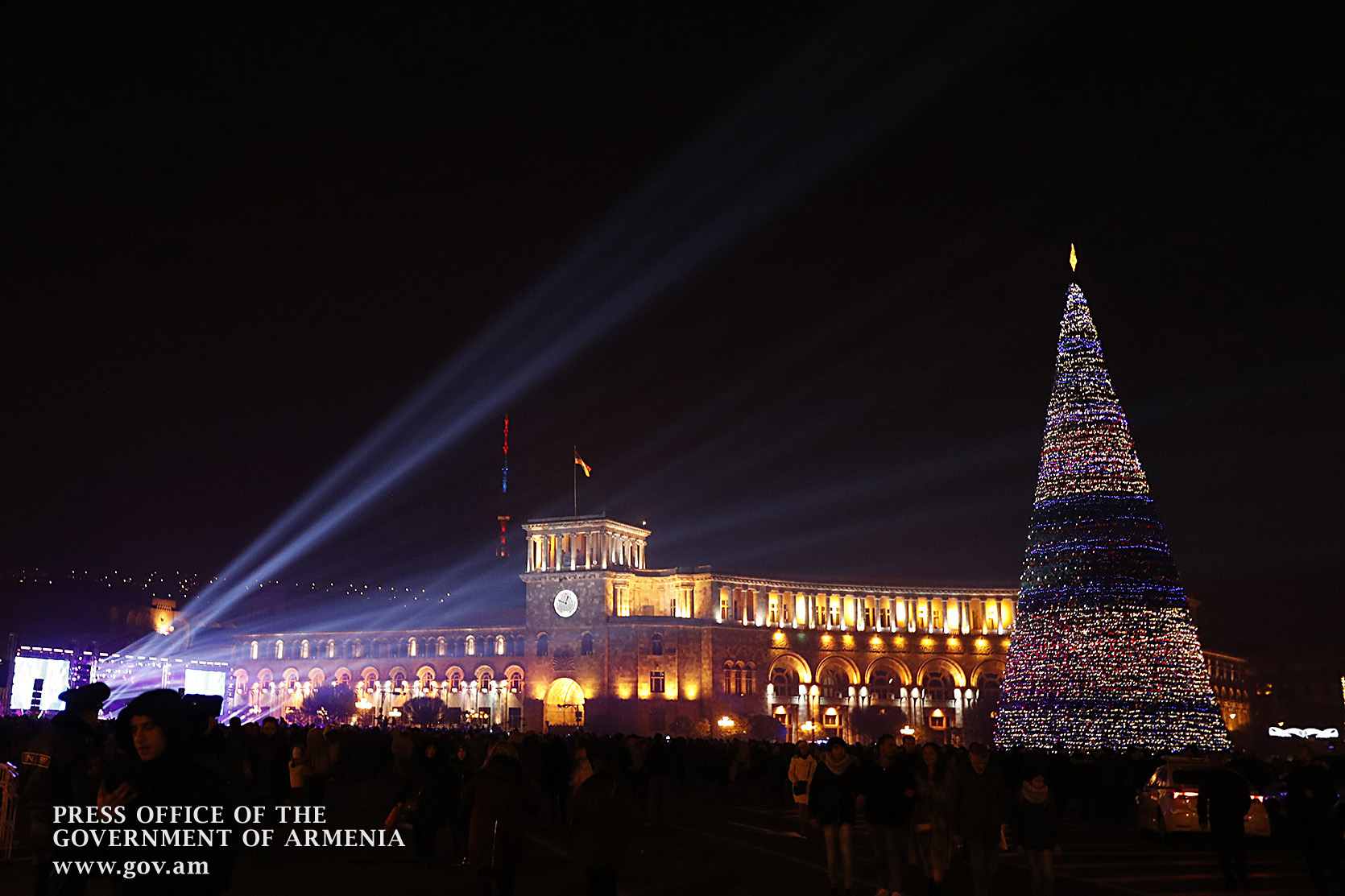