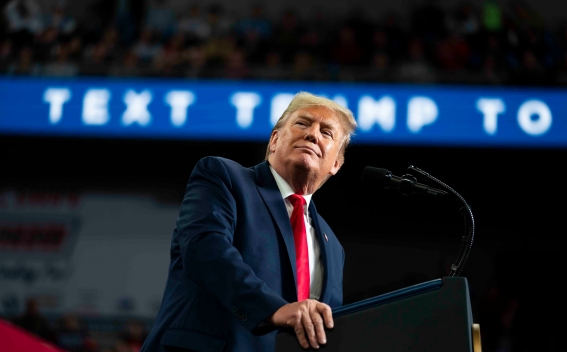 President Donald Trump threatened to impose deep sanctionson Iraq if it moves to expel U.S. troops and said Sunday he would not withdraw entirely unless the military is compensated for the "extraordinarily expensive air base" there, USA Today reports.

Trump's remarks came on the same day that Iraq's Parliament voted to support expelling the U.S. military from its country over mounting anger about a drone strike the president ordered last week that killed Iran's Qasem Soleimani and earlier U.S. airstrikes in the country. The vote was nonbinding.

"We've spent a lot of money in Iraq," Trump told reporters aboard Air Force One as he returned to Washington after spending the holidays at his Florida resort, Mar-a-Lago. "We have a very extraordinarily expensive air base that’s there. It cost billions of dollars to build. ... We’re not leaving unless they pay us back for it."