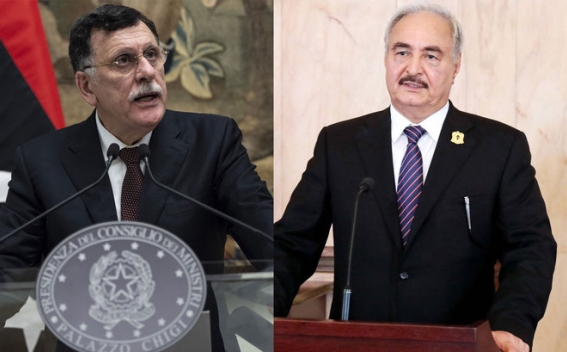 Chairman of the High Council of State Khalid al-Mishri told Libyan television that the inking of the truce would pave the way for reviving the political process in Libya.

Lev Dengov, the head of the Russian contact group on Libya, said Haftar and Sarraj will meet to discuss "the possibility of signing a truce and the details of such a document", Interfax said.

It is still unclear whether the rivals will meet face to face, he added.

The LNA and GNA had declared a ceasefire last week, halting an advance by Haftar’s forces on Tripoli. The truce was declared ahead of an international conference on Libya, scheduled for Berlin at the end of the month.