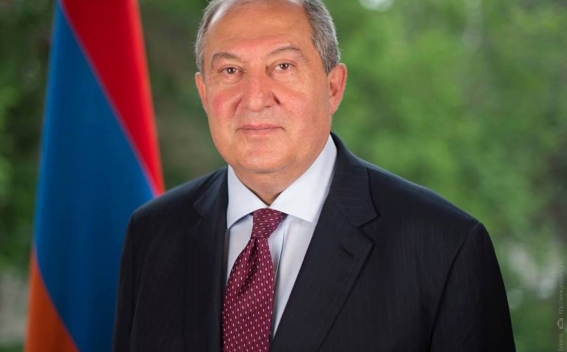 President Armen Sarkissian sent a message on the occasion of the 30th anniversary of the Armenian pogroms in Baku.

Today, we pay tribute to the memory of the victims of the pogroms in Baku.
Thirty years ago, in January of 1990, purges of the Armenians were ordered in Baku, claiming the lives of hundreds of Armenians; many were injured, subjected to tortures, were expelled, some were lost without a trace.

After the pogroms, Baku, which had had the Armenian population of 250,000, was totally purged of Armenians.

Mass murders of the citizens of the Armenian origin, organized by the Azerbaijani authorities in January 1990 in Baku, had been a result of the state policies of Armenophobia and forced expulsion of the Armenians.

Through the wide-spread carnage and violence, which had lasted for over a week, the Azerbaijani authorities were able to achieve their goal: the Armenian community of Baku, which had survived the Azerbaijani atrocities in 1905 and 1918, in January of 1990 ceased to exist; the people, who considered Baku their native town and which they had enriched with their work and talent, lost their birthplace.

Despite the entreaties of the international community, the Azerbaijani authorities until today have not been held responsible for the ethnically motivated murder of hundreds of people, for torture, forced exile, grabbing of the Armenians’ property and estate. Today too, through the impunity of the crime, a continuous hate propaganda against Armenia and the Armenian people, they continue to encourage similar crimes, put in peril the regional peace and security.

There is no period of limitation for the crimes against humanity.

Today we bow to the memory of our martyrs. We also must realize more than ever that through our unity and togetherness, through our joint efforts we have to do everything to preclude the repetition of such crimes in the future," is said in the message.