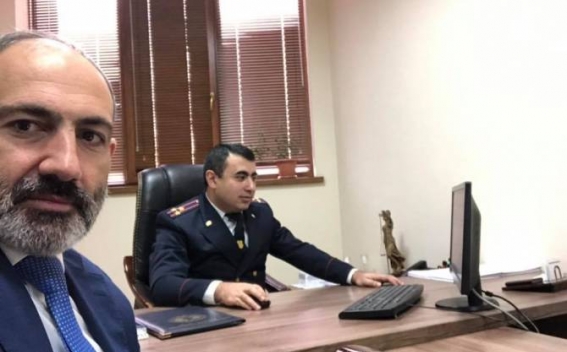 Investigative Committee released a statement, unveiling within the framework of which case Armenia’s Prime Minister Nikol Pashinyan has been interrogated, aysor.am reports.

It said that the case relates to the wiretapped conversation with the involvement of Armenia’s PM, ex-chief of National Security Service Artur Vanetsyan, Special Investigation Service chief Sasun Khachatryan that appeared in Internet on September 11 and December 5, 2018.

The criminal case has been filed on abuse of official power. In particular the investigation is held whether interferences were made on the activity of judges examining the preventive measures of Armenia's second president Robert Kocharyan and ex-secretary general of CSTO Yuri Khachaturov.

Armenia’s PM was summoned as witness and interrogated to specify circumstances of possible interferences on court’s decisions.

The second interrogation related to case instituted on illegal wiretapping of conversation. In this case Nikol Pashinyan has been recognized as a victim whose rights were violated.