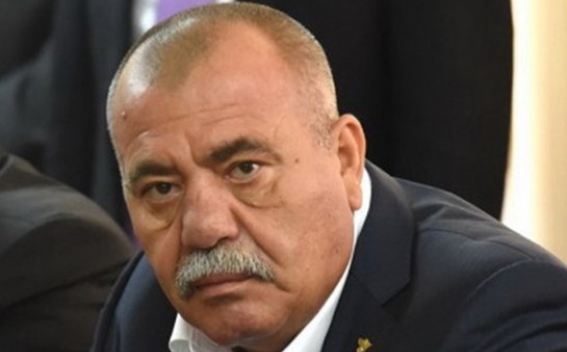 The court ruled to commute the pre-trial measure for ex-president of the Yerkrapah Union of Volunteer Land Defenders of Armenia Manvel Grigoryan with a signature, News.am reports.

Today, at the initiative of the Prosecutor General’s Office of Armenia, the general jurisdiction court of Yerevan, under the chairmanship of Judge Mnatsakan Martirosyan, convened a special trial related to the change of the pre-trial measure for former president of the Yerkrapah Union of Volunteer Land Defenders, army general Manvel Grigoryan.

The prosecutors filed a motion to commute his pre-trial measure, taking into consideration the letter of Nairi Medical Center regarding Grigoryan’s health condition.

As reported earlier, Manvel Grigoryan has been in the reanimation unit of Nairi Medical Center since yesterday, and according to his attorneys, his health condition si grave and he is breathing through an artificial respiration device.