Libya's Haftar Flies to Greece ahead of Berlin Summit 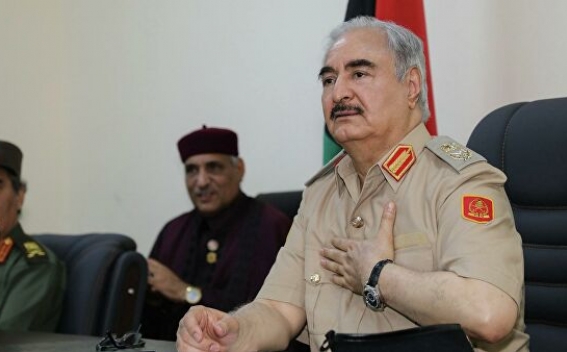 Libyan military commander Khalifa Haftar flew to Athens on Thursday for talks as Greece criticised its exclusion from a United Nations-backed peace conference in Berlin this weekend, al-Jazeera reports.

The Berlin talks are the latest international effort to end nine months of fighting between Haftar's forces based in the east of Libya and the UN-recognised government in Tripoli.

Greece was not invited to take part in Berlin negotiations despite its stated interest, and Athens was angered by the Tripoli government signing a maritime and military cooperation deal with regional rival Turkey.