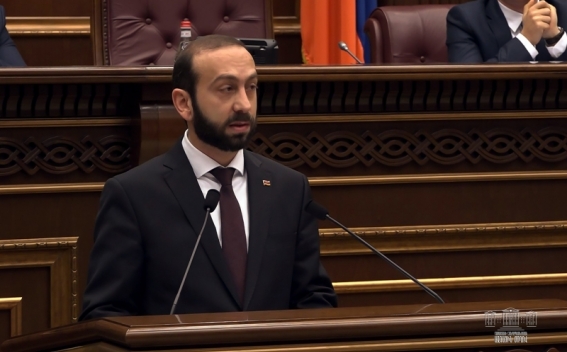 Under the light of the Armenian massacres of Baku, Sumgait and Kirovabad 30 years ago and the anti-Armenian policy of Azerbaijani authorities it’s impossible that the Armenians of Artsakh can live in safety under Azerbaijani sovereignty, ARMENPRESS reports President of the National Assembly of Armenia Ararat Mirzoyan said on January 18 during the special sitting of the Inter-Parliamentary Committee on Cooperation between the Republic of Armenia and Artsakh in Yerevan.

"As the President of the National Assembly of Armenia, I want to once again record and reaffirm that the massacres of Sumgait, Baku and Kirovabad, the periodical nature of those massacres and their reoccurrence a number of times during one century, the other manifestations of anti-Armenian policy before and after those massacres make the physical safe existence of the Armenians of Artsakh under Azerbaijani sovereignty impossible. Therefore, the only way for the Armenians in Artsakh to exist is the self-determination of Artsakh with the Republic of Armenia as the guarantor of Artsakh to implementer their right", Ararat Mirzoyan said.
Հայերեն На русском