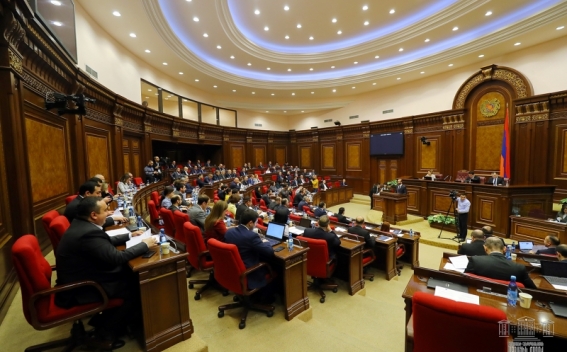 The Armenian National Assembly adopted in the second reading on Wednesday a government bill against the ‘criminal subculture’ in the country, ''Panorama.am'' reports.

The draft law involving amendments to the country’s Criminal Code and Criminal Procedure Code proposes to criminalize the creation of groups carrying a “criminal subculture” and membership to them. It also outlaws ranks granted to so called “thieves-in-law”.

Ahead of the vote, Bright Armenia opposition faction MP Taron Simonyan voiced objections to the bill, arguing it’s not specific enough. He said Bright Armenia would refrain from voting.